Alcatel-Lucent and BT have teamed up to work on a new research project: 1.4Tbps broadband. The new technology using commercial-grade hardware, spun with a new protocol which pushes for these insane, next-gen speeds. 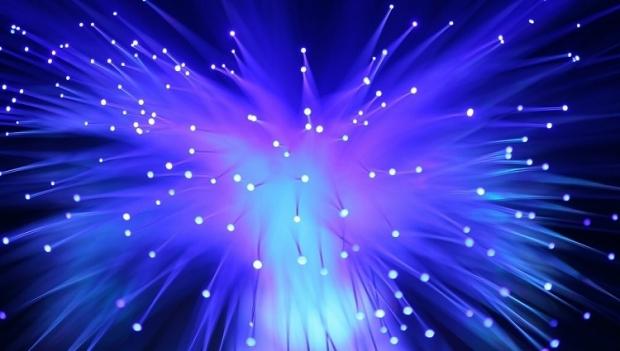 The new protocol has been dubbed Flexigrid, which allows multiple signals to be laid over the top of one another within the same cable. During testing, the researchers were able to layer seven 200Gbps channels, which created something they called an "Alien Super Channel", which was capable of driving 1.4Tbps across 255 miles of fiber.

The two connections were the bases of a BT research facility in Suffolk, to another BT Tower, in London. 1.4Tbps is... well, fast, very fast. How fast in real-world terms? Well, someone with this connection could stream some 64 hours of HD through Netflix, 38 hours of 4K through Netflix, or an insane 36,409 songs... all within a single second.

Where this news comes into its own special category, is that this 1.4Tbps connection requires no new, expensive hardware. It is being done with the same hardware, but with a new protocol. This means that existing fiber rollouts could be capable of these new speeds, and it will give governments and ISPs the incentive to be able to deliver this new out-of-this-world type of speed to the masses.