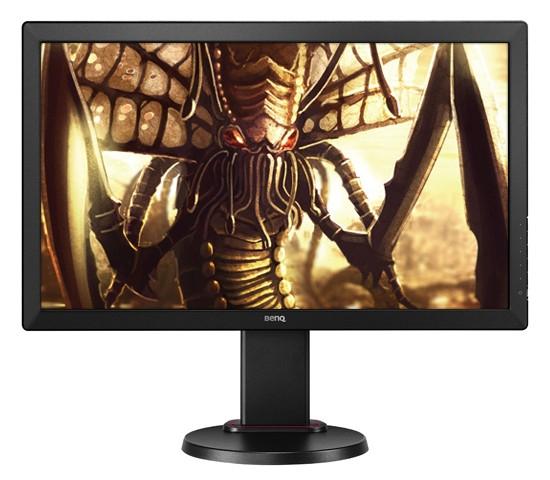 The new display is specifically optimized for real-time strategy (RTS), and first-person shooters (FPS). BenQ specifically mentions Call of Duty: Ghosts, MOBA-style games like StarCraft II: Heart of the Swarm, League of Legends, and of course, Defense of the Ancients 2 (DotA 2), and even Mortal Kombat. Let's move onto specs, with the BenQ RL2460HT starting off as 24-inch monitor, which comes courtesy of its TN-based panel with "virtually no input lag" and "industry-leading 1 ms response time".

We have integrated speakers, two HDMI inputs, DVI, VGA, and SmartScaling for pro-gamers, which allows them to customize their screen viewing area for optimal viewing performance. BenQ has an ETA of Q1 2014 for its new RL2460HT, and a retail price of $249.