Microsoft is currently narrowing down its short list of potential CEOs to take over after a tumultuous tenure of current CEO Steve Ballmer. There are only a handful of potential candidates that have the skillset and experience to lead the Redmond, Washington-based company, which has more than 100,000 employees worldwide. 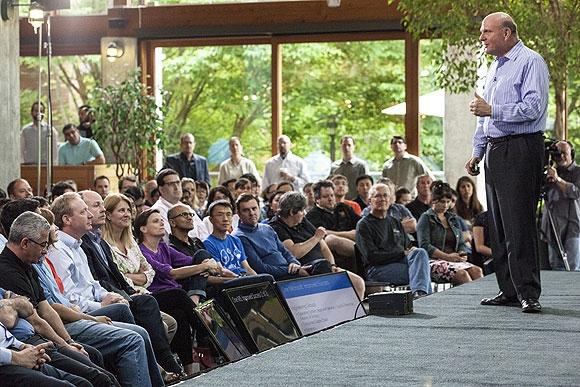 Ford CEO Alan Mulally was rumored to be a potential replacement, but Ford confirmed its CEO will lead the company through 2014. Meanwhile, Qualcomm COO Steve Mollenkopf was also a potential candidate, but Qualcomm announced Mollenkopf will be promoted to CEO as on March 4, 2014. Microsoft is reportedly looking for a replacement both internally and externally, and it's difficult to try and predict who will step in and lead one of the most powerful computer companies in the world.

In late August, Microsoft announced Ballmer would step down as acting CEO, which immediately put the rumor mill into overdrive. Over its 38-year history, Microsoft has only had two CEOs, founder Bill Gates and Ballmer, and the next CEO will have a very interesting task ahead - Microsoft is still a software giant, but has had trouble trying to break into the mobile market, and is adjusting to a cloud-based market.