The LSI Nytro display case at AIS continues to hold unannounced treasure for those with a quick eye. In previous years, other 'secret' products have appeared in the case, so we made sure to head directly to the Nytro display case before the doors were open to the public.

We had prior briefings on the Nytro 6000 Series, so we knew to expect working Nytro 6000 Series silicon, but the unannounced 7000 Series also just happened to be on display. Through some investigative journalism, and common sense, we were able to find some details on the 7000 Series. A word of caution, however, there are no official LSI specifications or information on these products. Time for some wild conjecture! 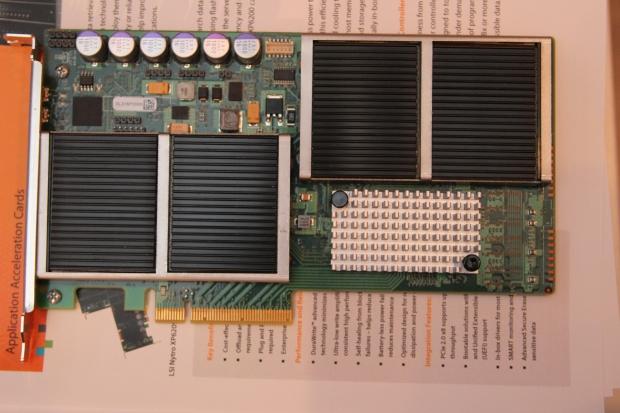 This card features an original take on heat sink design unlike any we have observed on a PCIe flash accelerator. The row of capacitors at the top of the PCB provide power fail protection, and the long heat sink to the bottom right likely hods the ROC that ties the four banks of NAND, hiding under the large black heat sinks, into one large volume. We can also likely expect the use of the same ROC's utilized in the new 12Gb/s MegaRAID products. 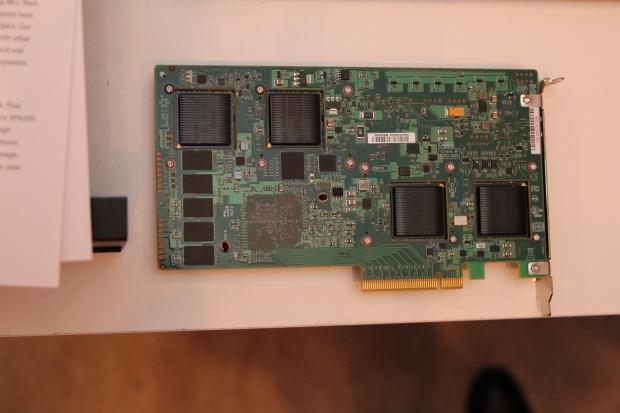 The rear of the card holds a row of DRAM cache to the left, which is typically utilized for LBA mapping and internal drive functions. The partially recessed heat sinks on the rear are likely for the SF3700 Griffin controllers that manage each NAND cluster, though there is no confirmation on the SandForce model employed on the card. 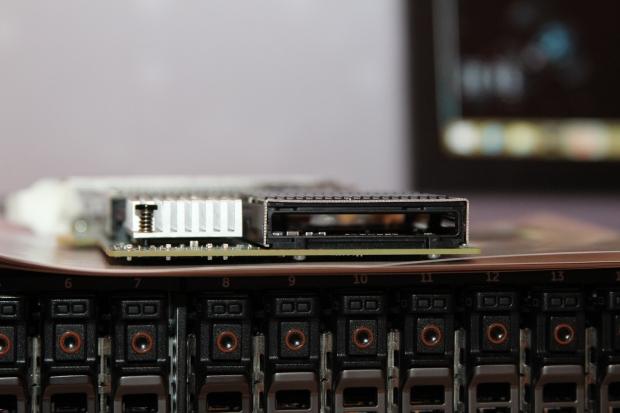 From this angle we can observe that the heat sinks are actually hollow, which enables extremely efficient thermal dissipation in a 1U-2U server environment. The alignment of the hollow heat sinks is optimal to serve newer server designs that pull air from the rear of the rackmount and exhaust to the front. 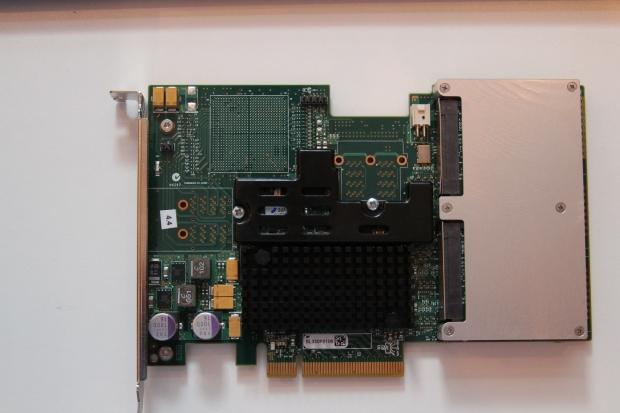 This PCIe card has two large metal-shielded drives. This full-height card also has a daughterboard under the plastic housing above the black heat sinks in the middle of the PCB. This daughterboard is suspiciously similar to those used in LSI's CacheVault products. Until now, CacheVault has only been utilized to protect the contents of DRAM on MegaRAID controllers by flushing the contents of the DRAM to NAND in the event of a power failure. This solution is obviously similar, with the caps to the left of the PCB. 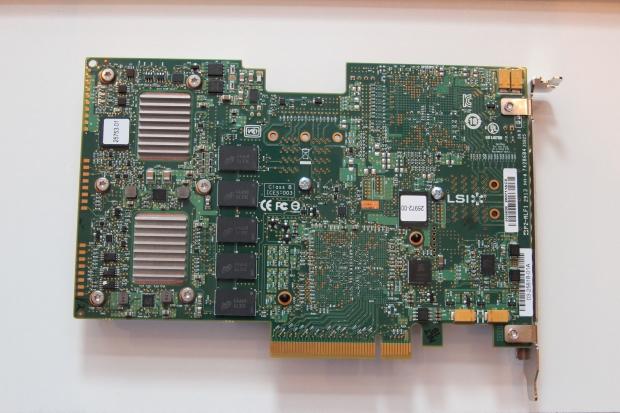 The rows of DRAM on the back imply the likely use of DRAM as an an additional cache layer on this model. With power fail protection, and steps taken to protect the contents of the DRAM, this would be a logical use. Adding a layer of DRAM as cache for the NAND creates an ultra-low latency solution for serving hot data. It also provides an ultra-fast layer for write data that enables the coalescence of random writes before passing those down to the NAND. This also extends the endurance of the underlying NAND.

In this implementation there is no means of connecting to DAS or external storage. We have seen similar pairings of NAND and DRAM from other players in this space, and LSI's entrance into this market segment is encouraging. 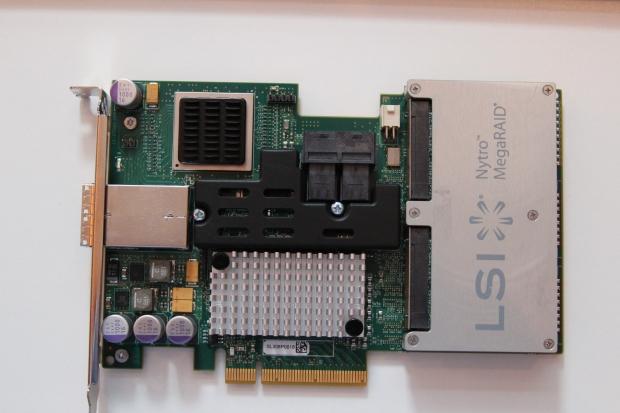 This version of the 7000 Series is essentially leveraging the same DRAM caching scheme, but also pairing that with NAND caching for DAS or external HDD-based storage. This creates a three-tier storage hierarchy to accelerate performance.

We can observe the HD-Mini SAS connections for both internal and external storage, and the likely inclusion of an expander to the upper left of the PCB to provide 16 ports of connectivity. 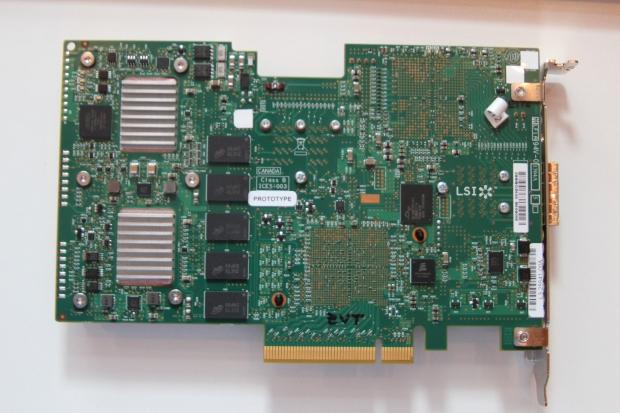 The rear of the card holds 5 DRAM packages in a row on the left, along with the same recessed heat sink design that holds the NAND controllers. 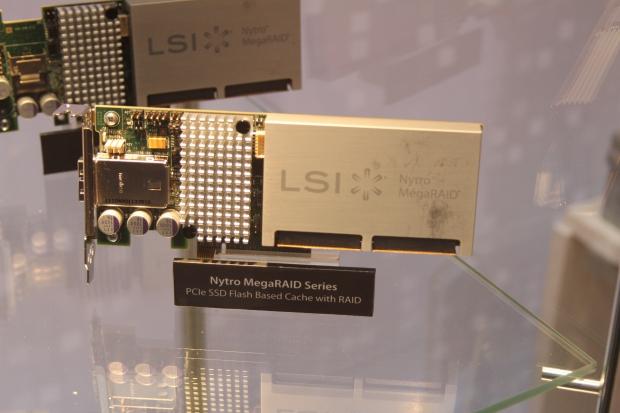 Finally we have a battle-tested Nytro MegaRAID controller that looks to have come straight from the test lab. This is the new version of the traditional Nytro MegaRAID solution with the change over to Mini-SAS connectors and likely an enhanced RoC and SSD controllers.