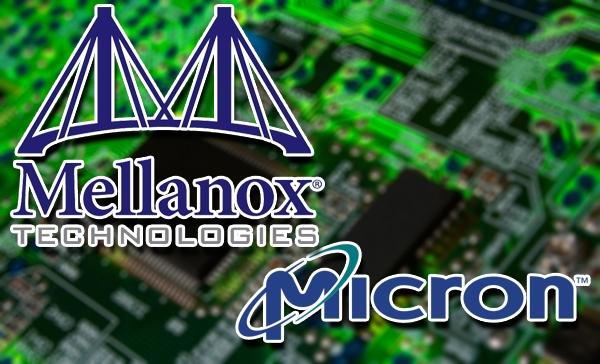 Mellanox and Micron say that this combo, when ran on a single ESXi 5.1 host, can deliver an aggregate bandwidth of 11GB/s or 527,000 IOPS using only two interconnect cards in a 3U box. The companies evaluated the solution on a Supermicro 6037R-TXRF that supports 10 PCIe Gen3 x8 slots with two Mellanox 40GbE RDMA NICs and 8 Micron 1.4TB P420m PCI SSDs.

"Selecting the right interconnect technologies is vital when selecting Flash-based storage in a virtualized infrastructure. The performance benefits of Flash can easily get trapped behind slow interconnects," said Jared Hulbert, SW Research Manager at Micron. "Mellanox's 40GbE with the iSER protocol gives virtualized applications access to higher bandwidth and excellent 4KB random throughput that only Flash can provide."