Until just recently, NSA whistleblower Edward Snowden used the e-mail services of Lavabit. But now Lavabit has shut its doors, with the owner of Lavabit, Ladar Levison, leaving a very cryptic and scary message stating he walked away from his business as he has "become complicit in crimes against the American public." 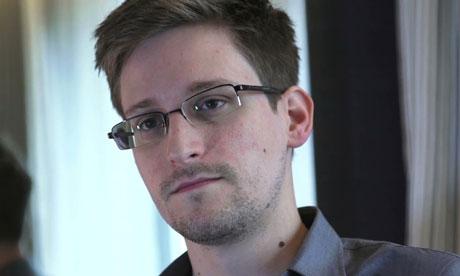 It gets a little scarier, with the Lavabit owner saying that until real reform happens, he "would _strongly_ recommend against anyone trusting their private data to a company with physical ties to the United States." This includes most e-mail services, like GMail, Hotmail, and more.

I have been forced to make a difficult decision: to become complicit in crimes against the American people or walk away from nearly ten years of hard work by shutting down Lavabit. After significant soul searching, I have decided to suspend operations. I wish that I could legally share with you the events that led to my decision. I cannot. I feel you deserve to know what's going on-the first amendment is supposed to guarantee me the freedom to speak out in situations like this. Unfortunately, Congress has passed laws that say otherwise. As things currently stand, I cannot share my experiences over the last six weeks, even though I have twice made the appropriate requests.

What's going to happen now? We've already started preparing the paperwork needed to continue to fight for the Constitution in the Fourth Circuit Court of Appeals. A favorable decision would allow me to resurrect Lavabit as an American company.

This experience has taught me one very important lesson: without congressional action or a strong judicial precedent, I would _strongly_ recommend against anyone trusting their private data to a company with physical ties to the United States.

Defending the constitution is expensive! Help us by donating to the Lavabit Legal Defense Fund here.