The world's smallest re-creation of the Mona Lisa has been painted on a surface that is just 30 microns in width, which is roughly one-third as wide as a human hair. This tiny feat was accomplished by researchers at the Georgia Institute of Technology and used a process known as ThermoChemical NanoLithography, which is similar to the process used to etch the circuitry on the silicon used in microprocessors. 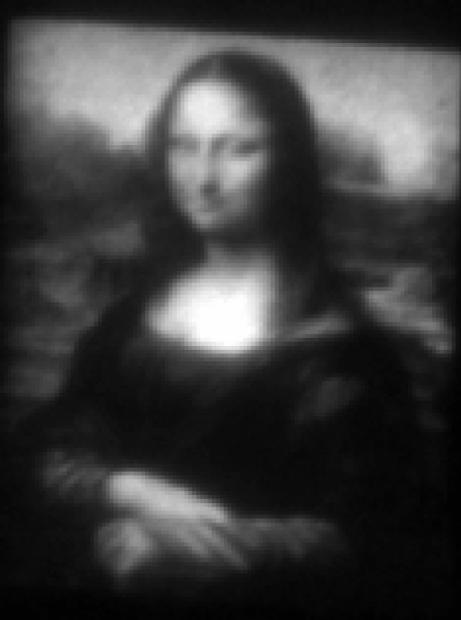 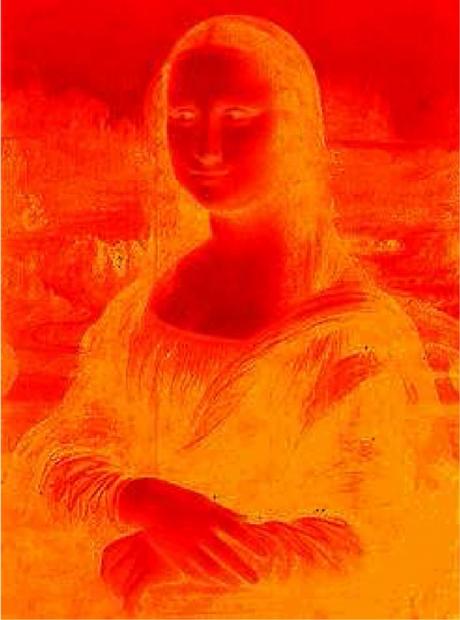 The process uses a precise application of heat in a painstaking process that "paints" the image pixel by pixel. Varying the amount of heat allows for changes in in the darkness of the gray used to illustrate the image. For example, the more heat used in a single pixel, the darker that pixel will be. Likewise, less heat produces a lighter pixel. 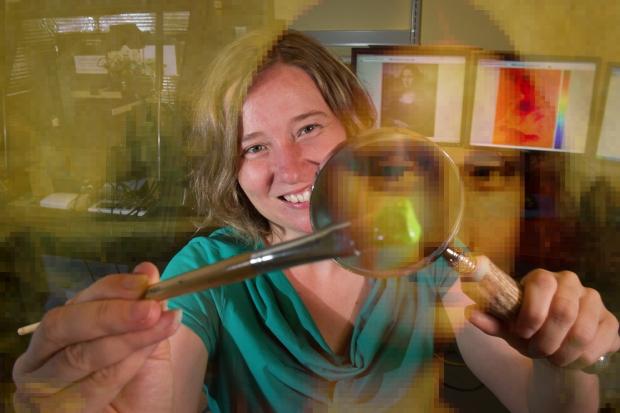 "By tuning the temperature, our team manipulated chemical reactions to yield variations in the molecular concentrations on the nanoscale. We've created a way to make independent patterns of multiple chemicals on a chip that can be drawn in whatever shape you want," Jennifer Curtis, an associate professor in the School of Physics and the study's lead author, said in a statement. 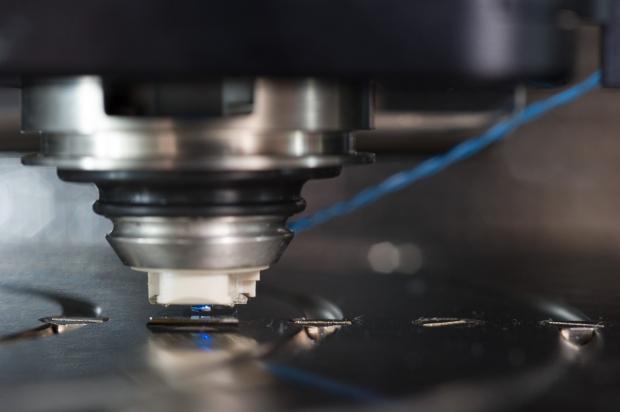 Researchers suggest that the technique could be used to create chemical gradients in which experiments involving nanoelectronics, optoelectronics, and bioengineering could greatly benefit from. "It allows scientists to very rapidly draw many things that can then be converted to any number of different things, which themselves can bind selectively to yet any number of other things," said Seth Marder, professor at Georgia Tech's School of Chemistry and Biochemistry.