Everyone's favorite self-destructing picture messaging service has finally developed a plan to generate revenue. As of right now, the company doesn't have any source of income other than investors, who recently gave the company $60 million in investment funds. The development, server, and operating costs have all been paid for by investment funds. 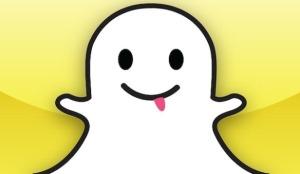 In order to become a viable company, Snapchat needs to start making money. CEO Evan Spiegel has detailed Snapchat's plans to start making money. The first part of the plan, and the one likely to be implemented first, makes use of in-app purchases. The Snapchat team has been investigating various customization options that people might be willing to pay for. This could include more photo editing tools, like Instagram's filters, the ability to modify font size, color, etc, and interface customizations. The company notes that they haven't considered allowing people to pay to save snaps.

Eventually Snapchat would like to introduce native advertising. It's worth noting that Snapchat already advertises to its own users on holidays, usually by way of an animated video with the Snapchat Ghost. Snapchat says brands can already do this provided they are friends with other users or know the handle of the users they are trying to reach.