NVIDIA's GPU Technology Conference in San Jose earlier today unveiled some interesting developments with the company, with NVIDIA CEO Jen Hsun-Huang revealing the next step in their GPU roadmap - Volta. 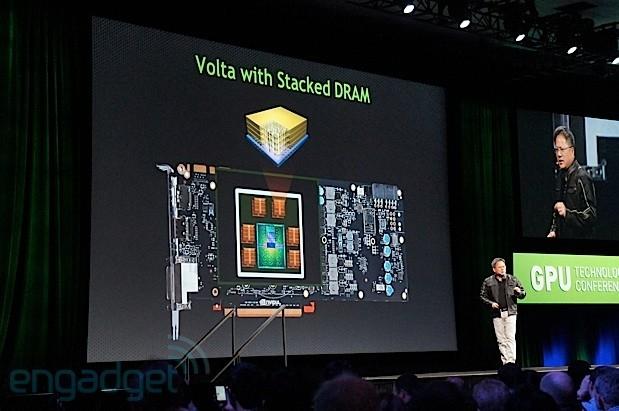 Volta will arrive after Maxwell, and will provide GPUs with an insane amount of memory bandwidth. Volta-based GPUs will provide up to 1TB per second of bandwidth, made capable by stacking the DRAM on top of the GPU itself, with a silica substrate between them. Then, cutting a hole through the silicon and connecting each layer provides the ability for this insane level of bandwidth. Something Huang has said has the ability to shift "all of the data from a full Blu-Ray disc through the chip in 1/50th of a second." 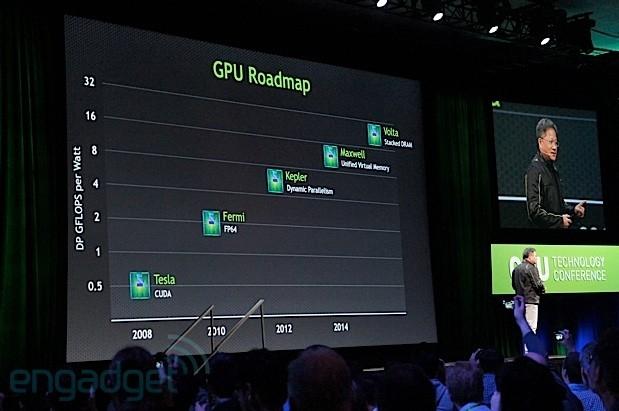 I don't know what this will do in the consumer space, as even the unreleased next-gen consoles will be holding back a beast like Volta. The future is looking great for NVIDIA, and I'm excited to see what we'll see from these next-gen GPUs.