Those looking forward to the coming Valve Steam Box, you won't have to wait too much longer. Speaking with the BBC, Gabe Newell has said that they should be giving out some prototype Steam Boxes within three to four months. "We're working with partners trying to nail down how fast we can make it," Newell said. 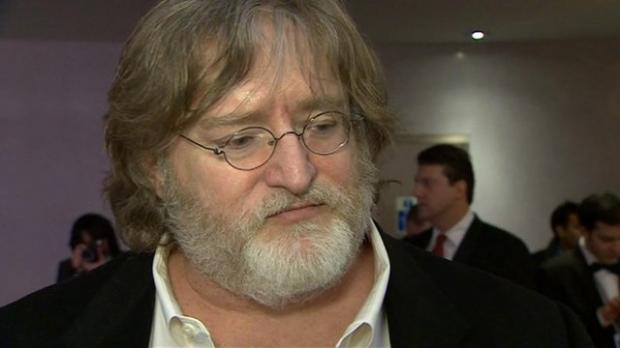 We'll be giving out some prototypes to customers to gauge their reactions, I guess, in the next three to four months...

There are noise issues and heat issues and being able to [deal with] that while still offering a powerful enough gaming experience is the challenge in building it.

As an additional note, he added that a final controller design hasn't been decided. Valve is looking into the possibility of using sensors to measure the gamer's body metrics, such as heart rate, to judge engagement.

If you think of a game like Left For Dead - which was trying to put you into a sort of horror movie - if you don't change the experience of what the player is actually feeling then it stops being a horror game. So you need to actually be able to directly measure how aroused the player is - what their heart rate is, things like that - in order to offer them a new experience each time they play.