A new rumor is placing the next iPad mini with a Retina display that outputs a resolution of 2048x1536. That puts the pixel per inch count at 324, or near double that of the current iPad mini's 163. The Nexus 7 and Kindle Fire HD both come with PPI's of 216, so the new iPad mini would blow them away if this rumor proves true. 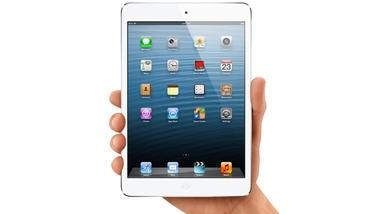 Many slammed Apple for releasing the iPad mini with such a low-resolution screen. However, the Retina display is more power hungry and costs more, so it was a sacrifice that Apple had to make in order to keep the device thin, light, and cheap. This rumor may prove to be true, however, as it goes along with an earlier rumor that Apple has picked AU Optronics to make the HD Retina panel for the next iPad mini.

We likely won't see a new mini until at least August. When that time rolls around, we should hopefully know more about the device.