NVIDIA's next mobile processor the Tegra 4 (codenamed Wayne) has been leaked and it packs a punch powerful enough to possibly deliver a knock out punch to its Snapdragon rival. 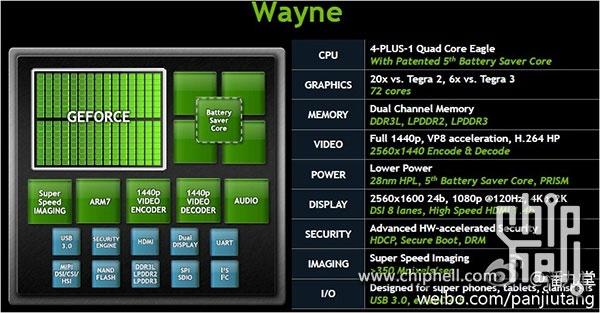 Unfortunately the Tegra 4 will not see a gain in CPU cores, as it will be keeping the current 4+1 setup. A move to ARM's new Cortex-A15 is all but certain though. One major improvement is the move to USB 3.0 and will be NVIDIA's first mobile chip to do so. Rounding things out is dual channel DDR3L memory which will definitely speed things up. Expect release sometime in early 2013.