Ever since Transformers debuted back in the 1980s, toy creators have been trying their best to create their own real Transformer that would be able to change between a robot to a vehicle of some sort with the simple push of a button. It looks like one group has finally been able to produce a fully-functioning Transformer that not only is able to function as a robot and vehicle separately, but it also has a few awesome surprises as well. 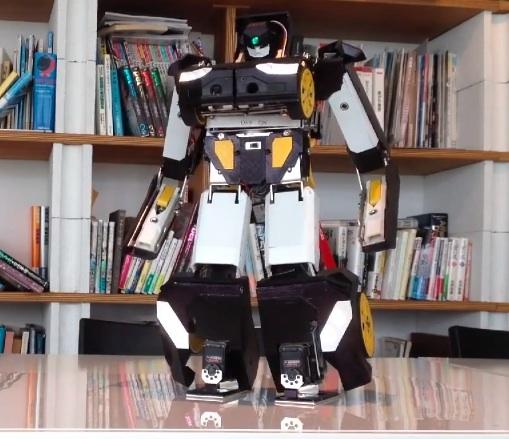 Brave Robotics spent months building its Transformer-style toy that can switch between a luxury vehicle to a standing robot complete with projectiles that can be shot out of each arm. The mechanics of the robot changing from a vehicle to a robot and vice versa seems a little sloppy as in the video below, you can see the robot wobbling all over the place.

Not only can the toy be used as either a vehicle or robot, but it also has a Wi-Fi camera that faces the correct way regardless if the toy is in its vehicle or robot form.

I'm not entirely sure what something like this would cost, but I would throw any amount of money at a toy manufacturer if they could build something like this for consumers. The only thing I'd ask is for the robot to look a little more neater, especially in its vehicle form.