Twitter had an incredible day yesterday. While most of the country was out and about voting and watching the results come in, they were also tweeting about it--heavily. Twitter has come out today with a bunch of different stats for Election Day 2012, and some of them are extremely impressive. 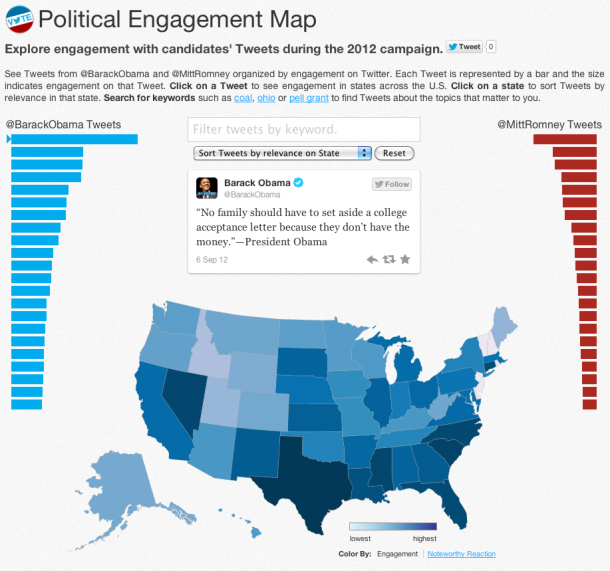 Most impressive of the stats is that Twitter recorded a maximum of 327,452 tweets per minute (TPM). The number of tweets is incredible, and Twitter handled it all without a hitch. "These numbers reflect the largest election-related Twitter conversation during our 6 years of existence," VP of Infrastructure Mazen Rawashdeh wrote, "though they don't capture the total volume of all Tweets yesterday."

Even more impressive is that Twitter handled these loads for long periods. Previously, Twitter has had to deal with a high number of tweets per second, but only for a few seconds. An example of this is midnight on New Year's Eve or at the end of a sporting event, such as the Superbowl. For the election, Twitter averaged just under 10,000 tweets per second from 8:11 to 9:11 p.m. PT.

"Seeing a sustained peak over the course of an entire event is a change from the way people have previously turned to Twitter during live events," Rawashdeh wrote. "Last night's numbers demonstrate that as Twitter usage patterns change, Twitter the service can remain resilient. Over time, we have been working to build an infrastructure that can withstand an ever-increasing load."