The new Mac mini has been benchmarked by colocation data center, Macbinicolo. The site has pushed all three stock models through benchmarks, as well as sharing their initial impressions of each of the machines. Geekbench results focus mainly on processor and memory performance, and show just a slight increase in performance for the entry-level machine when compared to the previous-generation. 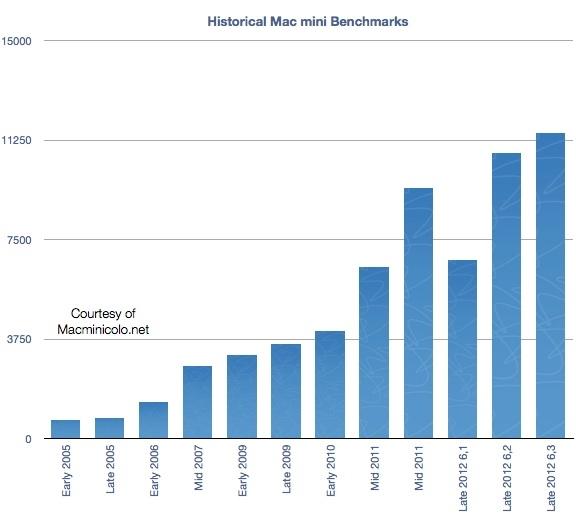 The bigger gains come from the quad-core Ivy Bridge-based processors, with early impressions of the device including:

- Don't look now, but the new Mac minis are getting comparable to the last gen Xserve and 2010 Mac Pros as far as benchmarks. Tech progress marches on.

- All Mac minis now come standard with 4GB of RAM. Thank goodness. As of last week, the base Mac mini had 2GB of RAM and that was brutal with Mountain Lion.

- The Mac mini can officially be upgraded to 16GB now. It's been possible for over a year, but it had to be done after ordering. Now, Apple offers the 16GB of RAM.

- The base mini is still i5, but the middle and high end minis are quad core i7 Ivy Bridge processors. That middle mini is the most interesting. Many customers prefer the quad core for things like an Xcode build server or for plenty of cores to spread between virtual machines. That $799 Mac mini is going to be very popular.

- The machines now come with 1600MHz DDR3 Memory. Seriously, 16GB of 1600MHz RAM in such a small machine. It's really quite amazing. 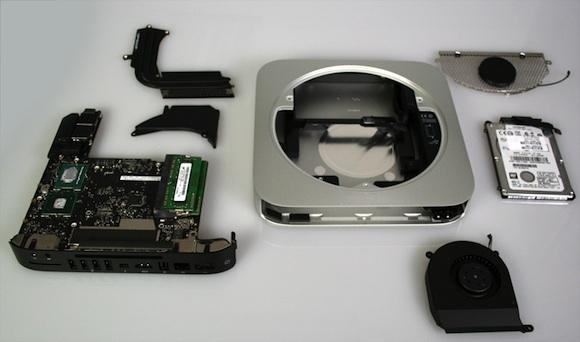 Mac Mini Vault have done something a little different, ripping apart the device itself. They've noted that the machine they received was running a custom Build 12B2080 of OS X 10.8.1. They performed a quick teardown of the Mac mini, seeing that Apple had tweaked the fan design compared to last year's model, as well as making some changes to the wireless antennas.