ASRock's Z77 OC Formula has been used with an Intel Core i7 3770K and the help of legendary overclocker Nick Shih, which has reached an insane 7.136GHz. This has given ASRock the number one spot on HWBOT, as well as setting a new overclocking world record. The man himself had the following to say about the achievement: 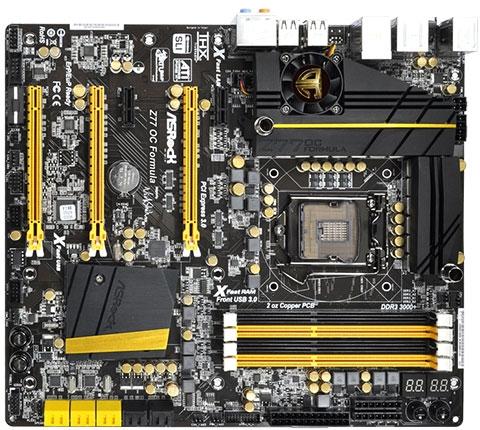 Hitting number one on HWBOT makes my day, but scoring number one with the motherboard I designed is like the wildest dream come true! Thanks to everyone who helped make my dream, ASRock Z77 OC Formula, into reality!

The ASRock Z77 OC Formula is a seriously slick piece of kit, and congrats to Nick on the insane achievement!