Imagine a self-driving car, want to go on that long drive but don't want to sit behind the wheel and concentrate for 8 hours straight? Well, the future is self-driving cars, and search, mobile OS and cloud giant, Google, with their self-driving car project has been a success. 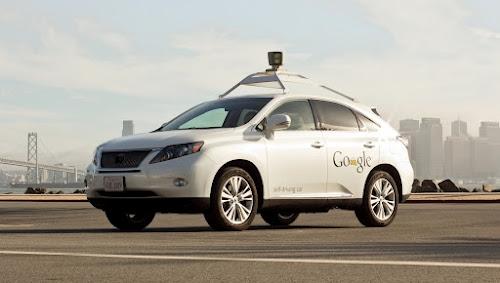 The self-driving car project has hit the milestone of 300,000 test miles without an accident. The cars have been spotted in Mountain View around the Google Plex, on highways, and more. Too bad I live in one of the smallest states of Australia, I'd laugh if I saw one of these on the road, but feel jealous all at the same time. Google have talked about the self-driving project, where they've said:

Our vehicles, of which about a dozen are on the road at any given time, have now completed more than 300,000 miles of testing. They've covered a wide range of traffic conditions, and there hasn't been a single accident under computer control.

We're encouraged by this progress, but there's still a long road ahead. To provide the best experience we can, we'll need to master snow-covered roadways, interpret temporary construction signals and handle other tricky situations that many drivers encounter. As a next step, members of the self-driving car team will soon start using the cars solo (rather than in pairs), for things like commuting to work. This is an important milestone, as it brings this technology one step closer to every commuter. One day we hope this capability will enable people to be more productive in their cars. For now, our team members will remain in the driver's seats and will take back control if needed.

Google have a new, charming, self-driving Google Lexus (did they choose Lexus because its close to Nexus?), pictured above.

One of the biggest concerns, which should be the number-one concern of virtually anyone, is the possibility of accidents. The Mountain View-based company have said that this project could actually lead to safer driving. I agree, as you're taking the unpredictable nature of people, the environment, the road, and other factors into a future of cars that can see the entire road, and every single minute detail, driving like a Terminator.

Now, I've seen Terminator 2, and when John Connor asks Arnold what he can see, he replies with "I see everything", and I trust him. Bring forth the self-driving cars, Google. Drop one off at my house first, please.