Ah, Digg. The memories I have of spending countless hours searching for stories, or just having a read out of sheer boredom. Reddit has now replaced it, and its like going from a cheap scotch to something that is ten times smoother, as well as attracts the ladies. 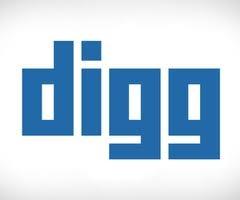 Digg has just made their "Rethought" redesign live, all after their acquisition by Betaworks, and just 24 hours after the company showed off its v1 preview, which was part of a very, very quick 6-week redesign process. Old features from Digg like the Newsbar and Newsroom have been thrown away in favor of a simpler site that emphasizes top stories, popular stories, and "upcoming" stories.

One major change is that the main page of Digg will now be editorially driven, versus being based on a Digg score algorithm. Because it was an uber quick 6-week redesign, some of the main features have been left out for now, such as commenting. This means that, for now, Digg is more of a news portal, than a community. How would a commenting system work on the new redesigned Digg is another question in itself. Betaworks have said that it plans on conducting "a few experiments in commenting that will inform more permanent features".

At the moment, you'll have to log into Facebook in order to Digg stories, and while it is annoying, Betaworks says this is a deterrent to spammers. Betaworks says that they intend to continue to add new features, which includes the aforementioned commenting experimentations, "network-based personalization", mobile versions, and an API for developers to build on top of the platform. Digg have also launched a new iOS app, which offers the same type of experience, including Digging stories. The iOS app also features offline reading, and a geofencing feature called "Paperboy", which automatically updates the app whenever you leave, or arrive home.