Not only are the browser wars heating up again, but apparently a new mapping war is heating up. The mapping world used to be just a few key players: Microsoft, Google, and a few other smaller ones. But with Apple now rumored to release its own solution at WWDC, the market is about to become a lot more complex. 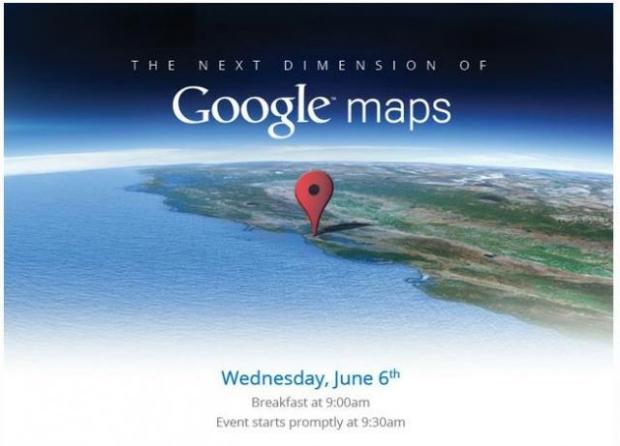 It would appear that Google would like to steal some of Apple's thunder before its rumored release of a new mapping service. Google is hosting an invite-only press event in San Francisco to unveil "the next dimension of Google Maps." Considering Apple's new mapping service is expected to be 3D, does the mention of "dimension" in the invitation indicate Google is going to be adding more 3D features?

Google will also offer attendees "a behind-the-scenes look at Google Maps and share our vision. We'll also demo some of the newest technology and provide a sneak peek at upcoming features that will help people get where they want to go - both physically and virtually." Of course, Google already has the 3D Earth, but it requires a plug-in. Could this event be releasing one that runs without a plug-in?

We're not sure, and we haven't received an invitation yet, but we will be sure to find out everything that we can to report to you, our reader.