There are some screenshots of the upcoming Call of Duty: Black Ops II that have just hit the Internet, where they show off some crazy Los Angeles destruction. In the screenshot below, you can see two drones going nuts and firing all sorts of missiles down onto L.A. 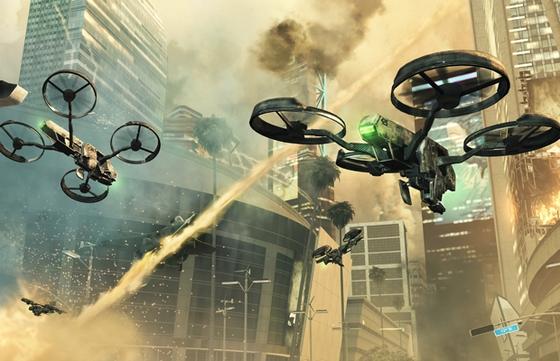 The second screenshot, below, shows off a soldier and his gun, as well as some drones in the background. The first screenshot actually doesn't look too bad, but it looks like it's running a very, very high-res, with some crazy amounts of anti-aliasing applied. 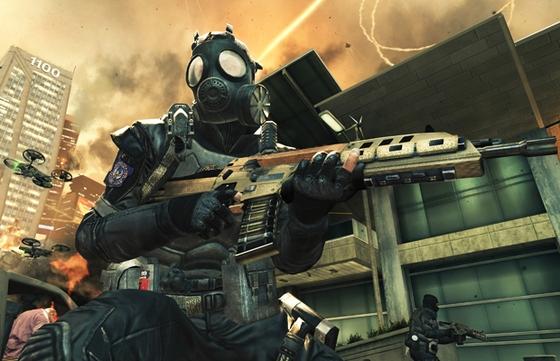 The second screenshot shows off the detail of the human characters, which doesn't look too bad. If this has filled in your COD: Black Ops II fix, then I've done my job. Are you looking forward to this? Or do you feel it's 'yet another COD title'?