I love me some new hardware. I don't read Chinese the best, if at all, but what I gather from these pictures and a bad Google Translate is that ASUS has released two new motherboards that support Intel's super fast Thunderbolt port. The products in question are the P8Z77-V PREMIUM and P8Z77-V PRO/THUNDERBOLT and ASUS claims they have been Intel certified. 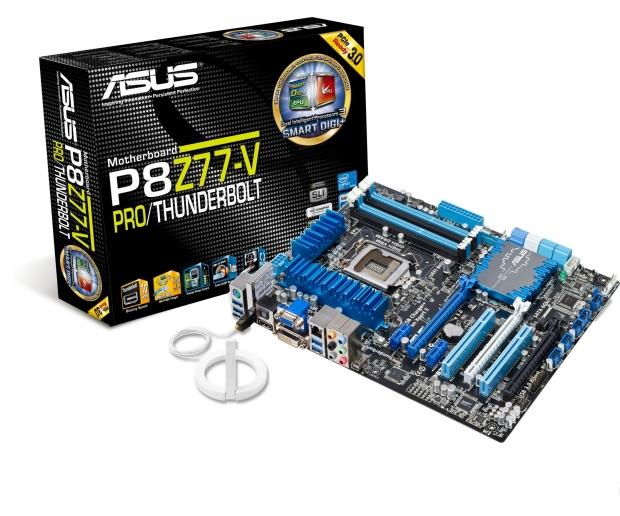 The boards appear to be ATX standard based and the P8Z77-V PREMIUM features 4 PCIe-x16 slots and 2 PCIe-x1 slots. It also comes with dual Gigabit Ethernet ports. Additionally, it features an mSATA SSD for Smart Response and a front USB 3 expansion module. These boards are both, as the name implies, using the Intel Z77 chipset that was released in conjunction with Ivy Bridge.

The second board, the P8Z77-V PRO/THUNDERBOLT, sports the same 2 PCIe-x1 slots with only 3 PCIe-x16 expansion ports. It features a single Gigabit Ethernet port and DVI, VGA, and HDMI video connectors. It does not come with an mSATA SSD, nor does it feature a DisplayPort output. Prices are unknown at this time. More as it comes.