Reddit is the place where magic happens, and todays magic is in the form of a supposed press image of Samsung's upcoming Galaxy S III smartphone, which is said to be unveiled at Samsung's Unpacked event being held in London, on May 22nd. 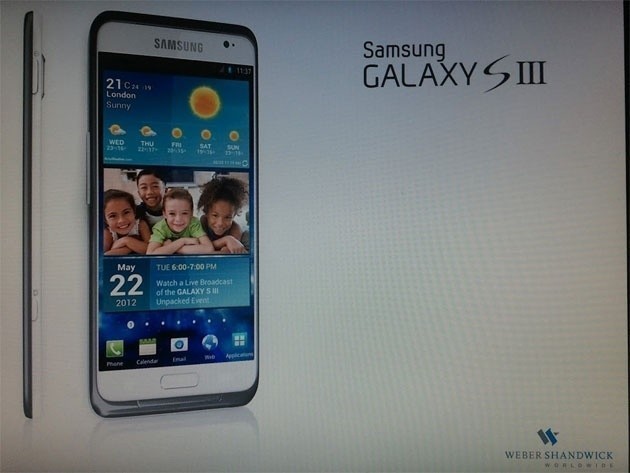 Samsung have previously stated that the successor to their super-popular Galaxy S II would be unveiled at a "separate Samsung-hosted event in the first half of the year, closer to commercial availability of the product". On the leaked image above, first up is the bottom right hand corner where we can see the name of a PR firm: Weber Shandwick.