This is a subject quite close to my chest, our current financial system. Without getting into a personal post, I'll keep this as professional as I can and leave my opinion out of this and just post it as a pure news post to try to get this as viral as possible. I've noticed this post on Reddit about a $15,000,000,000,000 ($15 trillion) fraud case that was bought up to the UK House of Lords by Lord James of Blackheath.

Where did $15 trillion come from? Who has that sort of disposable money, without having to loan it? And if you did loan it, what kind of bank loans out $15 trillion? You have to have some very valuable assets in order to just borrow, or lend out, $15 trillion. Let's delve into this more. Lord James of Blackheath has done his research and claims that the money is the property of what some people have called "the richest man in the world", Yohannes Riyadi.

Lord James of Blackheath has supposedly seem some of his accounts, showing that he owns $36 trillion in a bank. $36 trillion. Yes. This number is consistant if you take into fact that he comes from the emperors of Indo-China "in times gone by". This money has been taken from Riyadi, with his consent, by the American Treasury over the years for the "specific purpose of helping to support the dollar". This would explain how America, and more specifically, President Obama, was able to bail out all of those banks.

The talk from Lord James of Blackheath goes onto explain that he received a document from Mr Riyadi himself, dated in February of 2006, where he says the American Government called him to a meeting with the Federal Reserve Bank of New York. This is where I love what Lord James does, he explains that the Federal Reserve, is neither a Federal Reserve, or a bank. He's right - the Federal Reserve is a privately-owned corporation. People are waking up to this fact, that they are the ones loaning money to the federal government of America, at an interest rate mind you, and are not, in fact, federal, at all.

The document points to a supposed meeting, which was witnessed by Alan Greenspan, who was the Chairman of the Federal Reserve of the United States, signed for the Federal Reserve Bank of New York (of which he was a chairman), as well as the chairman of the real Federal Reserve of Washington. The document was signed by a witness: Timothy Geithner (who is the President of the Federal Reserve Bank of New York and the current United States Secretary of Treasury), on behalf of the International Monetary Fund. The IMF also reportedly sent two witnesses, the other being Mr Yusuke Horiguchi. The afore-mentioned gentlemen, have all signed as witnesses to the effect that this deal, is in fact, real. Lord James does not simply have a photocopy, he held in his hands, an original version of the contract.

Under the contract, the American Treasury apparently got the Federal Reserve Bank of New York to offer to buy out the bonds that were issued to Mr Riyadi to replace the cash which had been taken from him over a span of 10 years. To buy the worthless bonds, they were giving him $500 million as a cash payment. Lord James does ask to have these facts verified, where they're a simple phone call away to Geithner and Greenspan.

In order to pass these bonds over, Riyadi put his entire asset backing behind them, which he allegedly gave for the $15 trillion. Lord James cites a letter he has from the Bank of Indonesia where they state that the whole thing is a "pack of lies", that he did not have the 750,000 tonnes of gold which was supposed to be backing it, and that he only held 700 tonnes. Lord James says this is a piece of "complete fabrication".

Lord James then says he has a letter from Riyadi himself, who has said that he was "put up to do this" and none of it is true, and that he has actually been robbed of all of his money. Lord James does stop for a minute to offer another reason: that Riyadi could be fabricating this as forgery in order to try and win some recovery. But why would one do that? Does anyone seriously think of making an elaborate story like this, all lies, thinking the Federal Reserve, US government, and various banks would pay you off? I don't think so.

This is where it gets serious, and much more interesting. Each of the $5 trillion transactions had been not only acknowledged, but receipted by top senior executives at HSBC, and then again receipted by senior executives at the Royal Bank of Scotland. Lord James cites that he has receipts for all of this money. He then asks "why would any bank want to file $5 trillion-worth-$15 trillion in total-of receipts if the money did not exist?" That's a very good question.

Lord James goes onto explain that the money had first come from the Riyadi account of the Federal Reserve Bank of New York, and from there was passed to JP MorganChase in New York, to which it was sent to London. This means it was a "SWIFT" note, where SWIFT stands for Society for Worldwide Interbank Financial Telecommunication which is "a banking industry intranet for worldwide communications and funds transfer." This means if it were sent as a SWIFT note, and was indeed genuine, it should have been registered with the Bank of England.

Lord James, when discovering this, went to his noble friend Lord Strathclyde and asked what he should do with it. Lord Strathclyde replied with "Give it to Lord Sassoon. He is the Treasury". Lord James did just that, and when Lord Sassoon looked at it, said "This is rubbish. It is far too much money. It would stick out like a sore thumb and you cannot see it in the Royal Bank of Scotland accounts". He added "The gold backing it is ridiculous. Only 1,507 tonnes of gold has been mined in the history of the world, so you cannot have 750,000 tonnes"

The third thing Lord Sassoon said was, "it is a scam" and Lord James agreed with his statement. Lord James sees the light though, and said that the problem here is, at that point they stopped looking. But they should've been asking what the scam actually was, instead of brushing it away.

They never resolved it, that is, until just recently. Lord James says he has a "frightening" piece of paper, and that it's his justification for bringing it to this meeting. He states that it is available on the Internet, and that he is "astonished" that it has not already been unearthed by the Treasury, because "every alarm bell in the land should be ringing if it has". What is the document? The document in question is from the general audit office of the Federal Reserve in Washington, the "real" Federal Reserve.

The document is an audit review to the end of July of 2010 on the Federal Reserve Bank of New York. Lord James cites that it has some 20 banks listed, to which $16.115 trillion is outstanding on various loans. There are two other interesting things to note. One, that Barclays Bank has $868 billion in loans, and that the Royal Bank of Scotland has $541 billion. Lord James says that one has to ask a question, "because they could have earned back in three weeks their entire indebtedness and could pay off the taxpayers of Britain. Why have they not done so and could we please ask them to put a cheque in the post tonight for the whole $46 billion?"

Lord James then adds that there is something else very wrong with this list, is that every bank on it, without exception, is an MTN-registered bank. This means that they are registered to use medium-term notes to move funds between themselves with an agreed profit-share formula. This means the banks are investing this money, and most importantly, the Federal Reserve Bank of New York does not want any interest to be paid on the loans, totalling over $16 trillion.

Lord James says that the IMF have very strict rules for validating "dodgy" money, where there are two ways of doing so. The first of which, you pass it through a major central bank like the Bank of England, which apparently, according to Lord James, "refused to touch this", alternatively, you put it through an MTN-trading bank, which is then able to use the funds on the overnight European MTN trading market where they have the ability to earn between 1- and 2.5-percent profit, per night. Lord James adds that the interest on that sum is "huge" and if genuine, a "vast profit is being made on this money somewhere."

Lord James does one better than most people would do, and has put everything he has on the subject onto a 104-megabyte flash drive. He requests that the Government to take it all, and put it to "some suitable investigative bureau and find out the truth of what is going on here, because something is very seriously wrong". He continues that either they have a huge amount of tax uncollected on profits made, or they have a vast amount of money "festering away" in the European banking system, which is "not real money".

Lord James asks for an investigation, and for his noble Lords to support his plea. This is also my personal plea. We are all humans of this planet, I don't care of race, color, religion, or anything else. I think war is pathetic and I think we need to end it. First, we need to end this perpetual state of debt that our current financial system provides. War should be wiped away, and the time, money, man-power, dedication, power, and more, should be pushed toward peace, and sustainability of the human race on this planet.

Please share this amazing story with as many people as you can through Facebook, Twitter, Google+, your local RSL, or whatever. This is a huge story, and could explain so many things that are wrong with our governments and financial system. 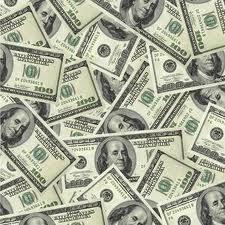