We teased of this last week, but ahead of Mobile World Congress next week, Samsung have just announced two new handsets to their mid- and low-end lineup: Galaxy Ace 2 and Galaxy Mini 2. Both of the original phones were among Samsung's most successful phones in 2011, and now each phone gets an increased chunk in power. 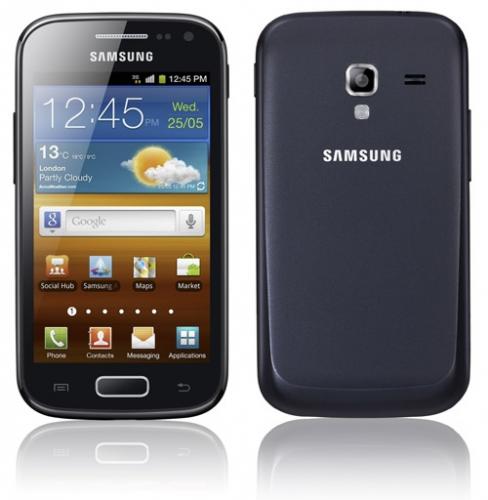 First up we have the Galaxy Ace 2, which is a mid-range Android phone sporting a 3.8-inch 800x480-pixel PLS display, which should be powered by an unspecified 800MHz dual-core processor. 4GB of internal storage is to be had, as well as expansion through a microSD slot, it also has 768MB of RAM. Filling the phone out is a 5-megapixel rear-facing snapper, as well as a front-facing 0.3-megapixel camera, a 1500mAh battery, and weighs in at just 122 grams and is 10.5mm thin. Optional NFC support will be made available and it will sport Android 2.3 Gingerbread at launch, and possibly receiving Android 4.0 Ice Cream Sandwich later this year. 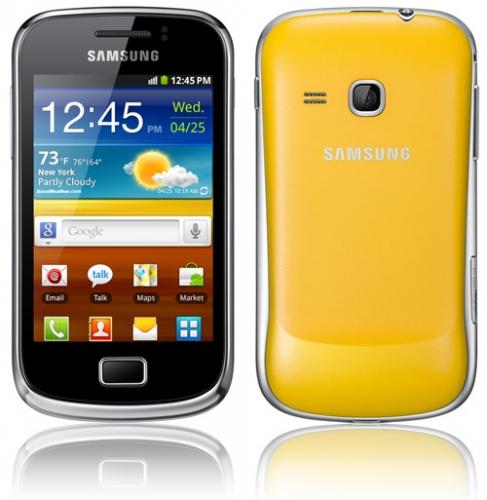 The low-end lineup gets a refreshment course found in the form of the Galaxy Mini 2, which sports a 3.27-inch 480x320-pixel display. Processor-wise, we have an 800MHz chip, 512MB of RAM, 4GB of internal storage with expansion available through MicroSD, a 3-megapixel rear-facing camera, and will have two models: one with, and one without NFC support. The NFC-enabled Mini 2 will be 0.3mm thicker, and 1.5 grams heavier. Filling out the specs we have a 1300mAh battery, and Android 2.3 Gingerbread.

The Galaxy Ace 2 will be made available throughout the UK in April, and the worldwide deployment of the Galaxy Mini 2 will begin in France next month.