This is virtually the same hardware that powers one of the best smartphones on the market, Samsung's Galaxy S II. What is different with Cotton Candy is software. It acts as a cloud-client on-the-go. You could be running a PC with Windows, Linux, or a Mac, an Embedded device or just a TV, you'll be able to plug the Cotton Candy stick into a USB port of a PC or into the HDMI port of a TV. After you've plugged it into the device, that device turns into a portal to the cloud, allowing you to carry your own personal OS on you at all times, whilst having the experience that is identical no matter the device you're next to. 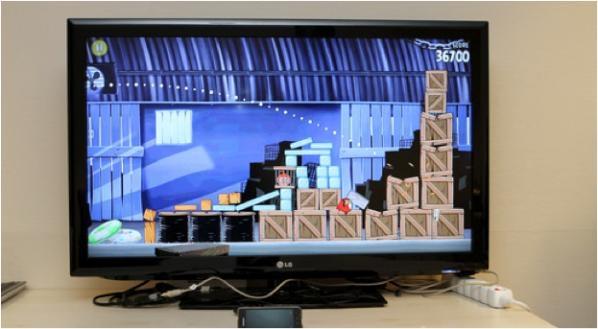 Google's Android OS powers Cotton Candy, so it will turn any device into a larger Android-powered device. Applications will have the ability to both send and receive data to and from the cloud, with control of Cotton Candy through a mouse or keyboard, and if they're not available, Wi-Fi and Bluetooth peripherals, or even a mobile phone.