Toshiba 24nm MLC flash isn't exactly breaking news, SandForce had this drive on display at IDF 2011. We did learn today that Toshiba's 24nm flash should cost less than IMFT 25nm flash so all of those SandForce SF-2281 controlled drives could become a little cheaper in 2012. 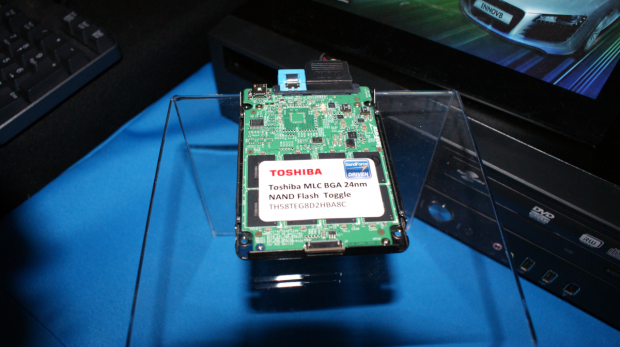 We still are scratching our heads on what performance will be like but Toshiba's 3Xnm flash with the 2281 is the current speed king on the market today. Drives like the OCZ Technology MaxIOPS, Patriot Wildfire and OWC Mercury Extreme Pro 6G are just a few examples that use Toshiba flash already. 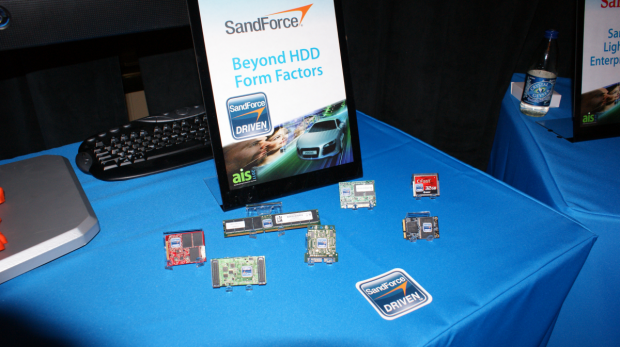 Also on display at AIS 2011 were several non-standard form factors produced by companies that are supplied with SandForce controllers.