Nokia's CEO, Stephen Elop, teased the codename "Sea Ray" phone in the middle of the year, which looked just like a Nokia N9. Today, Sea Ray has been unveiled as the Nokia Lumia 800 and we get to see how Windows and Nokia gel together, according to Elop, it's the "first real Windows Phone". 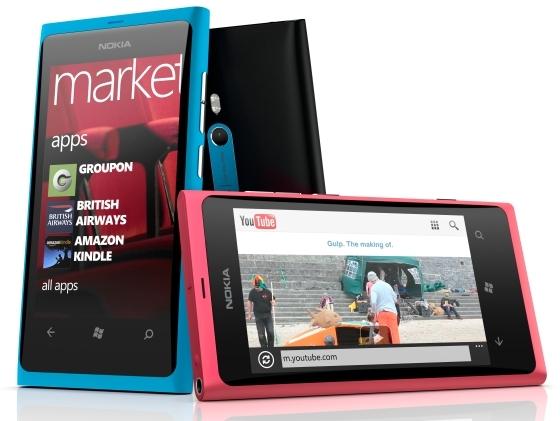 Nokia's Lumia 800 sports a single-core Qualcomm Snapdragon MSM8255 1.4GHz processor, 16GB of internal storage, a curved 3.7-inch ClearBlack AMOLED screen framed by a black, cyan or magenta case with individually drilled speaker holes, a dedicated camera button for the f/2.2 Carl Zeiss Tessar lens, 512MB of internal memory, 12.1mm-thick frame and a 1450mAh battery that is said to be good for approximately 9.5 hours of 3G talk time. Software wise, we have Windows Phone Mango, and the Lumia 800 comes packed with a free 25GB SkyDrive account, as well as Nokia Drive, a free turn-by-turn voice navigation program, a first for any Windows Phone.

Filling out the Lumia 800 we have Nokia Music with Mix Radio, which is a global service with no subscriptions or log-ins required for "hundreds of channels of locally-relevant music", and an ESPN Sports Hub, three programs not found on any other Windows Phone 7-powered device.

Nokia says it'll retail for roughly $580 unsubsidized, and you can pre-order it now with expected shipping in November if you're in the UK, France, Spain, Germany, Italy or the Netherlands.