Sigh. Apple have won their injunction and have halted the sale of the Samsung Galaxy Tab 10.1 in Australia, with Federal Court Justice Annabelle Bennett delivering her verdict just a little while ago now. Bennett's said it was "appropriate" to grant a temporary injunction. This isn't the end, however. The case was reportedly "evenly weighed", but still ruled in Apple's favor. 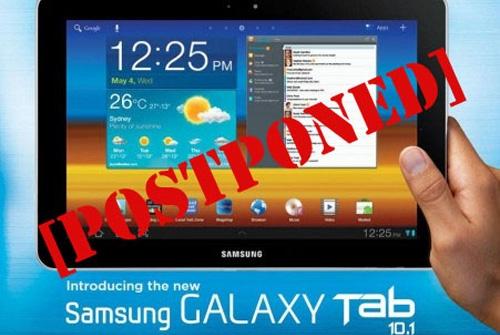 This is partly because Samsung weren't willing to present itself for an early final hearing in November. Both parties are set to have statements released, and are both expected back in court tomorrow for a directions hearing that will determine where the case goes from here. Samsung's statement is below (or in the full news post):

We are disappointed with this ruling and Samsung will be seeking legal advice on its options. Samsung will continue its legal proceeding against Apple's claim in order to ensure our innovative products remain available to consumers.

This is a part of our ongoing legal proceeding against Apple's claim. Samsung is also confident it can prove Apple's violation of Samsung's wireless technology patents through a cross claim filed on September 16, 2011 with the Federal Court of Australia, New South Wales.

Our wireless standard patents are essential for mobile business. We will continue to legally assert our intellectual property rights against those who violate Samsung's patents and free ride on our technology.