There are only a few tablets on the market where the operating system and the hardware are all made in house. The Apple iPad is the most famous, Blackberry has the Playbook and now we've got HP releasing the TouchPad. However, unlike the iPad, both the Playbook and the Touchpad launched with a somewhat beta-ish feeling.

The operating systems on both units are glitchy at launch, but I'm happy to say that the Playbook has matured nicely into a market ready tablet in just a few short months. HP's TouchPad seems to have a similar pattern, but has only been on the market a few weeks, so they've got a few major updates to go before they get there. 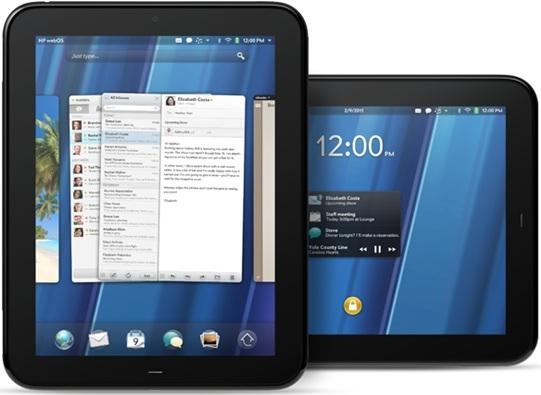 Having said that WebOS, the TouchPad's OS, is a great piece software. It seems naturally suited to the 9.7-inch screen size, with a card-based interface that makes multitasking easy and even fun. There's no rear-facing camera and the selection of native apps available for the device is minimal, but for basic browsing, emailing and reading, the device performs beautifully and the app selection should only get better in time.

To recap the specs of the TouchPad we've got a 9.7-inch IPS display with a 1024 x 768 resolution (same as the iPad), a 1.2GHz dual-core Qualcomm Snapdragon APQ8060 chip, 1GB of RAM, 16GB or 32GB of internal storage, a front-facing 1.3MP camera, 802.11a/b/g/n Wi-Fi, Bluetooth 2.1+EDR, stereo speakers with Beats audio enhancement and various sensors including light, accelerometer, compass and gyroscope.

If you want to check out our unboxing video we've got it here for you above along with a brief walkthrough of WebOS.