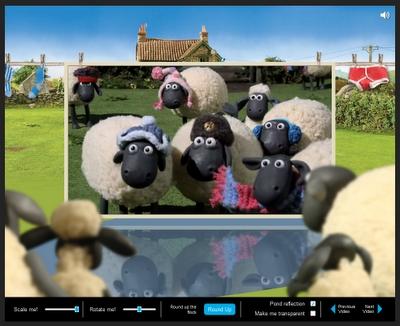 Google have also added more control over the data that websites store on your computer through Chrome. Included is Flash Player's Local Shared Objects (LSOs) which were previously only manageable using an online settings application on Adobe's website. Google have worked with Adobe to integrate Flash LSO deletion directly into Chrome which makes it easier to manage your online privacy.

Finally, Google Chrome's graphics capabilities continue to improve; support for hardware-accelerated 3D CSS has been added which for some websites will give a "snazzier" (Google's word, not mine!) experience in some web pages and web apps that choose to implement 3D effects. If you'd like to check out the hardware-accelerated 3D CSS in action, take a look at this Chrome Experiment on Windows Vista / Mac OS X 10.6 or above which feature clips from Aardman Studio's "Shaun the Sheep." In this experiment, you can rotate the video, scale it up and down, toggle the reflection on and off and activate a rotating carousel of videos.