All NewsBusiness, Financial & LegalCases, Cooling & PSUContests & GiveawaysCPU, APU & ChipsetsDealsDisplays & ProjectorsGamingMotherboardsScience, Space & RoboticsStorageVideo CardsVirtual & Augmented Reality
All ReviewsAll ArticlesAudio, Sound & SpeakersCases, Cooling & PSUCPUs, Chipsets & SoCsComputer SystemsDisplays & ProjectorsGamingMotherboardsNetworkingPeripheralsStorageVideo Cards
GuidesGamingAsk the ExpertsNewsletterAboutForums
RTX 3090RTX 3080RTX 3070RTX 3060HDMI 2.1Bitcoin MiningBattlefield 6Fallout 76 2021
Gaming
I'm here at the last day of the GDC in dowtown San Francisco, hanging out and checking out the cool tech. Most of the things I'm going to see here are demonstrations of products and games that everyone already knows about from former press releases and the like, but it's still going to fun to play around with it. I wanted to get a first hand look at Nintendo's much-heralded 3DS, especially the AR interface, so my first stop was the Nintendo booth. 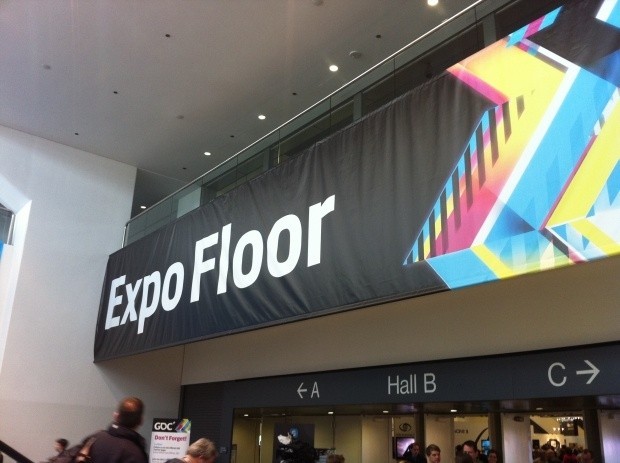 The Nintendo array is great- demos of many games including the new Zelda. A very helpful 3DS rep named Jamie introduced me to the AR games. The 3DS uses marker-based augmented reality, meaning the the images and experienced are anchored to a physical object, like a sign or a barcode. In this case, Nintendo uses a small card with the familiar Nintendo Question Mark logo. I played around with two games, the AR Archery game (which I think they should call ARchery if they haven't already) and a game called "Face Raiders".

Playing the games with the active 3D engine was disorienting at first. Developers have been working for a while to get past that particular Uncanny Valley, but my eyes adjusted to it after a moment. The archery game begins with a small box that appears to be harboring a small creature with bright white eyes. The game literally "unfolds" from there, as the user shoots the one box, which turns into many boxes, which turns into targets, and then things get crazy. The game somehow drops into the table, from which a very angry dragon emerges as the final boss. Didn't really notice a life level or any sort of negative incentive in the game, so I can only imagine the skill incentive is the end Time. I overheard two of the 3DS guys laughing about who had done it faster- the top score is 00:43, but I only managed a paltry 1:40. These games are clearly quick fixes and are not intended be profound experiences, just the simple and beautiful design and UI that we've all come to know and love (and be addicted to) from Nintendo.

Face Raiders is a game that uses facial recognition; the user snaps a photo of any person's face (we recommend that you choose a friend- it might be awkward otherwise). Once the 3DS loads the face, an interactive shooting game launches where you are assaulted from all angles by floating animated, and angry, visages. This player actually has a lifebar in this game, and the experience forces the player to move around in order to shoot the erratically flying faces. If you have collected more than one face, other faces of your friends pop up every once in a while for bonus points. They tend to "explode" through the background (the world around you), literally shattering the mediated reality.

Here's a video of Jamie from 3DS testing it, using the face of another 3DS rep:

(the GDC Wireless keeps kicking me off, so evidently Videos are going to have to wait until later! Apologies, and stay posted!)

If you're ever mad at your significant other, boss, or that random homeless person that always accosts you on the bus every morning, snap a photo of them and go nuts.
Newsletter Subscription