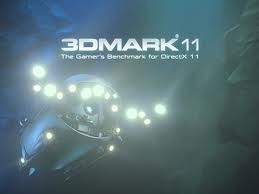 There are two events for this competition which is to be held between December 3rd and December 31st 2010.

The first event requires contestants to use MSI N480GTX Lightning graphics cards to challenge the extreme performance of Direct X11. The second event allows contestants to ussdadade any GPU from the Nvidia GeForce GTX400 or GTX500 family to find out who gets the highest C/P value (P/P value).

The total prize pool consists of upwards of US$7000!

Contestants must use the MSI N480GTX Lightning in the competition. There is no restriction on other hardware/system configuration.
The benchmarking software item is 3DMark 11 P-Score.
Contestants must successfully upload the score to the ORB system; otherwise, no score will be considered.
The contestant with the highest score can win a cash prize of US$1,000.
Contestants beating the past best record of the N480GTX Lightning core speed (1450 MHz) can win a cash prize of US$1,000.*

Contestants can use any graphic cards using GPU from the Nvidia GeForce GTX400 or Nvidia GeForce GTX500 family.
The benchmarking software item is 3DMark 11 P-Score.
Contestants must successfully upload the score to the ORB system.
Score calculation: 3DMark 11 P-Score/Suggested Retail Price of Graphic Card = Final Score.
(For example, if a contestant uses a GTX 480 graphic card and gets a score of 24300, and the suggested retail price of the GTX 480 SRP is US$400, his/her final scale is 24300/$400=60.75)
The suggested retail price is either provided by MSI or determined by Futuremark. Details will be posted on the event website.