All NewsBusiness, Financial & LegalCases, Cooling & PSUContests & GiveawaysCPU, APU & ChipsetsDealsDisplays & ProjectorsGamingMotherboardsScience, Space & RoboticsStorageVideo CardsVirtual & Augmented Reality
All ReviewsAll ArticlesAudio, Sound & SpeakersCases, Cooling & PSUCPUs, Chipsets & SoCsComputer SystemsDisplays & ProjectorsGamingMotherboardsNetworkingPeripheralsStorageVideo Cards
GuidesGamingAsk the ExpertsNewsletterAboutForums
Halo InfiniteBattlefield 2042Elon MuskGTA 6RTX 3080RTX 3070HDMI 2.1Bitcoin Mining
RAM
Gone are the days of Billy boy saying 640k will be enough, most systems I sell go with 4GB of memory, some with 8. Triple channel kits come in 6, 12 and 24GB so memory is going up and up and up. Sandy Bridge and Bulldozer plan to combat this with LR-DIMM's. 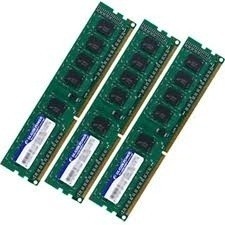 LR-DIMM's are a JEDEC version of the late MetaRAM tech - which basically faked a DRAM chip with a heap of small ones. LR stands for Load Reduced, and that's exactly what the buffer on the DIMM does.

The effect of this? You can make a 4G DIMM from 32 x 1Gb chips and the system only sees 8 x 4Gb chips. It makes the life of the memory controller much easier (less Facebook emo updates) and effectively quadruples DIMM capacities.

Of course, it's not just rainbows and lollipops for LR-DIMM's - they need a buffer and that chip is usually expensive. Luckily, the cost of very high density DRAM's tends to be insanely expensive - so the buffer not only makes the impossible, possible - but it makes it cheaper than alternative options.

Next-gen server CPU's should support LR-DIMM right away. Another twist for LR-DIMM is it needs explicit support or at least 'awareness' on the system side that they are playing tricks. MetaRAM did not need to do this, but LR-DIMM might be a much cheaper alternative, bringing equilibrium to the situation.