All NewsBusiness, Financial & LegalCases, Cooling & PSUContests & GiveawaysCPU, APU & ChipsetsDealsDisplays & ProjectorsGamingMotherboardsScience, Space & RoboticsStorageVideo CardsVirtual & Augmented Reality
All ReviewsAll ArticlesAudio, Sound & SpeakersCases, Cooling & PSUCPUs, Chipsets & SoCsComputer SystemsDisplays & ProjectorsGamingMotherboardsNetworkingPeripheralsStorageVideo Cards
GuidesGamingAsk the ExpertsNewsletterAboutForums
RTX 3090RTX 3080RTX 3070RTX 3060HDMI 2.1Bitcoin MiningBattlefield 6Fallout 76 2021
Gaming
It's no secret that Steam is the alpha dog in the pack when it comes to the digital download gaming scene. But success breeds contempt in the business world, and there are several outlets that are openly blaming Steam for their woes and taking steps to retaliate. 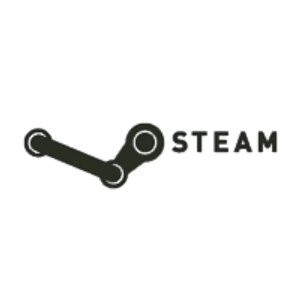 According to an unnamed director of a "fledgling Steam rival," Steam is "killing the PC market and it is no wonder digital retailers are failing" as well as "locking down the market." You can take your pick of the competitors like Direct2Drive and Impulse for the possible people taking shots, but even retailers are considering action. Two major retailers are considering not stocking games that feature and/or require Steam integration due to customers being taken to a rival and losing them.

While it's obvious that Steam has a pretty firm stranglehold on the digital download market, it's also not hard to see why. As someone who's tried several of their competitors when picking up games on sale, Steam is leaps and bounds ahead when it comes to game access, chat, shopping, and selection. It's hard to believe that I once refused to use Steam due to the popular sentiment of "Why are they charging me full price without any physical media?" The convenience and features are well worth it.
NEWS SOURCE:gizmodo.com
Newsletter Subscription