NewsReviewsArticlesGuidesGamingAsk the ExpertsNewsletterForums
GIVEAWAY: Gaming peripherals upgrade thanks to Corsair worth $280
Displays & Projectors
Each year there are a number of tech shows that go on all around the world to highlight specific types of gear. We all tend to focus on CES mostly here in the states, but over in Japan, one of the more interesting shows is usually FPD and this year's show is going now. The FPD show focuses on display tech and Samsung had some interesting displays inside its booth as the show. 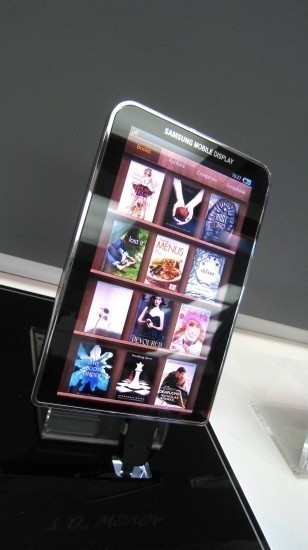 The Samsung booth had a 7-inch AMOLED screen that is expected to land in a table next year. The thing has a 1024 x 600 resolution with 16.7M colors and lots more. A dual screen clamshell device was spied in the booth that looks interesting with a couple 4.5-inch AMOLED screens inside with high contrast at 100K:1 and 300CD/m2 brightness. One of the coolest screens was the foldable display measuring 5.3-inches that folds in the middle and still packs nice specs.

Samsung also showed off a couple color screens that were flexible allowing for some out there designs. The flexible screens measured 4.3-inches. Samsung also has a transparent AMOLED screen that you could see though. It was on a 14-inch netbook and had a resolution of 960 x 540. Lots more stuff was shown off in the booth and you can hit up the source for more details and check out the video below. 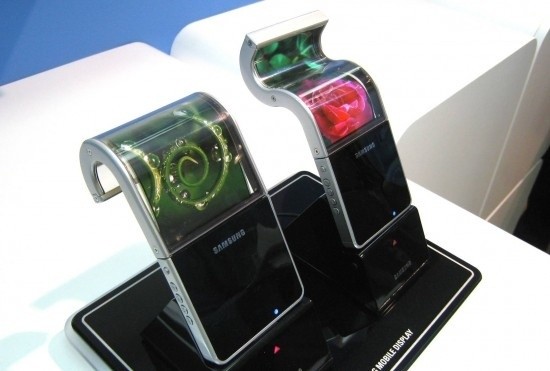