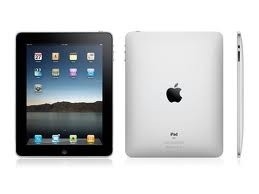 Obviously this isn't surprising - as there's not many tablets out there yet that compete with the iPad... but there's some juicier information.

If we put all remaining platforms together, that would only equal Android's 2.3% market share (which is down from 2.9% in Q210). The research firm predicts a higher share for Android when more models become available, such as the Samsung Galaxy Tab.

Neil Mawston, director at Strategy Analytics, said "The tablet wars are up and running. Apple has quickly leveraged its famous brand, an extensive retail presence and user-friendly design to develop the tablet segment into a multi-billion-dollar global business. Android, Microsoft, MeeGo, webOS, BlackBerry and other platforms are trailing in Apple's wake and they already have much ground to make up."

According to the research firm, the US was "was by far the world's largest tablet market during the quarter" and Apple products are traditionally strong in their home market.

As far as satisfaction for tablets go, ChangeWave found 72% of current iPad owners said they were very satisfied with the device, 23% were somewhat satisfied - these figures are something the company called "world class".

ChangeWave also looked at buying intentions: an "extraordinarily high" 26% plan to buy a tablet in the future, and of those, 80% say they will buy an iPad. Research in Motion's PlayBook is in the sights of 8%, with 3% considering the Samsung Galaxy Tab and 2% the HP Slate. The Archos Tablet, Dell Streak and Sony Dash all garnered a 1% share of anticipated purchases.
NEWS SOURCE:itwire.com