All NewsBusiness, Financial & LegalCases, Cooling & PSUContests & GiveawaysCPU, APU & ChipsetsDealsDisplays & ProjectorsGamingMotherboardsScience, Space, Health & RoboticsStorageVideo Cards & GPUsVirtual & Augmented Reality
All ReviewsAll ArticlesAudio, Sound & SpeakersCases, Cooling & PSUCPUs, Chipsets & SoCsComputer SystemsDisplays & ProjectorsGamingMotherboardsNetworkingPeripheralsRAMStorageVideo Cards & GPUs
GuidesGamingAsk the ExpertsNewsletterAboutPrivacyForums
AMD Zen 4Intel ArcBattlefield 2042RTX 3090 TiRTX 4090RTX 4080GTA 6Elon MuskHDMI 2.1
Gaming
There are gamers all around the world who are waiting to get their hands on the new Playstation Move controller system. Many of those gamers will certainly be looking to play some of the shooting games that are offered for the console and will want a gun accessory to make those games more realistic. The official Sony Shooting Attachment accessory is set to launch this month along with an exclusive PS3 game for use with the accessory or without. 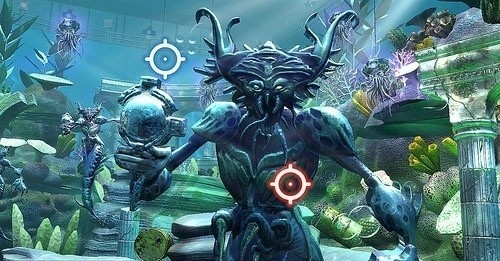 The game looks pretty cool and has underwater sets, sci-fi, and horror scenes among others. The game will feature combos and other power ups too. Pricing for the game and the Shooting Accessory are unknown right now.
NEWS SOURCE:blog.us.playstation.com