Dubbed the Xpower X58 which is part of MSI's new Big Bang line-up of enthusiast oriented motherboards, this one brings all the latest tricks to the table, including USB 3.0 and SATA 6Gbps support, as well as support for Gulftown (six-core Core i7s). 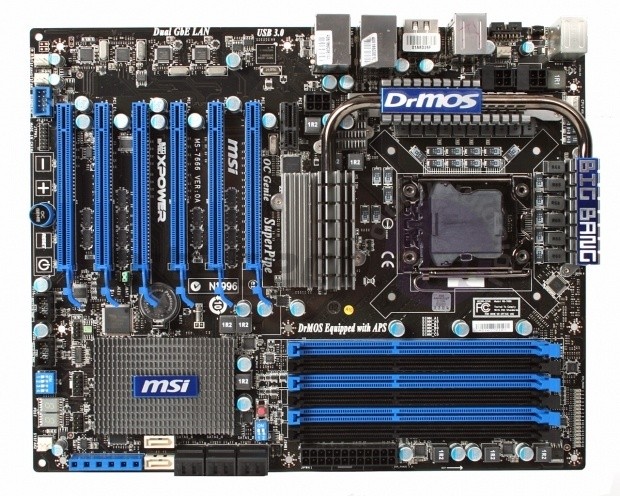 Looking at a full shot of the board, what will quickly catch your eye is the six PCI-E x16 slots. However, there's no NF200 chip on the board so it would seem that at best, four of the slots each give eight lanes of bandwidth for multi-GPU setups. 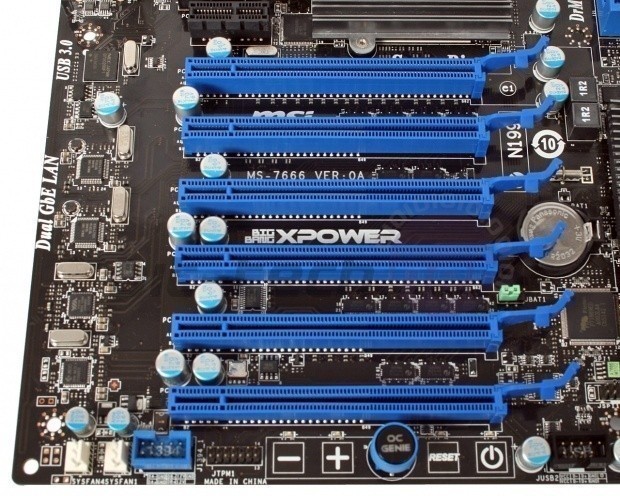 Also standing out physically on the board is the use of MSI's "SuperPipe" branded cooling system, curving around the CPU socket to heatsinks covering the MOSFETs and X58 Northbridge. Another separate large heatsink is seated over the ICH10R Southbridge. 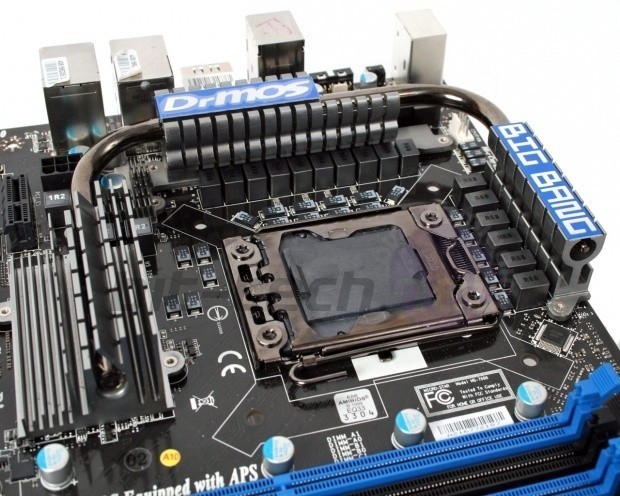 No word on exact pricing or availability as yet, only that we know it's going to be released very soon.
NEWS SOURCE:bit-tech.net
Newsletter Subscription