All NewsBusiness, Financial & LegalCases, Cooling & PSUContests & GiveawaysCPU, APU & ChipsetsDealsDisplays & ProjectorsGamingMotherboardsScience, Space & RoboticsStorageVideo CardsVirtual & Augmented Reality
All ReviewsAll ArticlesAudio, Sound & SpeakersCases, Cooling & PSUCPUs, Chipsets & SoCsComputer SystemsDisplays & ProjectorsGamingMotherboardsNetworkingPeripheralsStorageVideo Cards
GuidesGamingAsk the ExpertsNewsletterAboutForums
RTX 4090Windows 11Halo InfiniteBattlefield 2042Elon MuskGTA 6RTX 3080HDMI 2.1
TweakTown
After reading a story from Ars Technica discovered by way of Elite Bastards, I thought it may be worth chiming in on the subject of Internet ad blocking in this day and age and how it harms the websites you frequently visit.

Ars Technica recently published an article titled 'Why Ad Blocking is devastating to the sites you love' and as a long time tech site owner, I naturally found it very interesting. The article basically starts off by mentioning that one of the editors recently discovered how its ad blocker audience didn't fully realize how blocking ads affected the sites that they love. If you are an ad blocker, I encourage you to read on for my take on the situation. 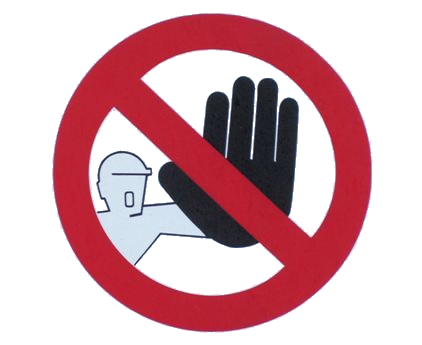 As Ken Fisher from Ars mentioned, many people believe that if they don't click ads, banners, text links and the like, there is no harm in blocking the ads. This couldn't be any further from the truth, though. While TweakTown does run programs that pay CPC (cost per click), the majority of our ads are based around CPM campaigns. That means we are paid a set rate for every 1000 views of any particular ad. While obviously advertisers prefer as many clicks on their ads as possible, we still get paid that set amount no matter if it gets clicks or not.

A year or so ago we experimented with an ad blocker script that used some fancy coding to detect ad blockers and effectively stop them working and in turn display our ads. We ran this script for a couple weeks as a trial, but eventually due to audience complaints and other issues, we took it down. However, during that trial, we had many other tech site owners contact us and ask us for the script for their own websites. It just goes to show you that your beloved websites that you visit are aware of the issue and that great lengths may be taken to fight back.

Fight is really the wrong word, as we appreciate every visitor to our website. However, in the future, you may want to consider white listing the websites that you love. TweakTown has several full time staff and a long list of part time staff and contributors and add in the cost of our several servers and all other costs; it isn't cheap to run a website with bi-daily high quality content. We aren't asking you to uninstall your ad blocking software, as it is totally your choice to run them, but rather be more selective with which sites that you block. We wouldn't like to force a subscription model onto our readers as we believe that online content should be free, but if the ad blocking trend continues, it makes that notion harder and harder to maintain.

Food for thought people and feel free to engage in discussion below. I will personally respond.
NEWS SOURCE:arstechnica.com