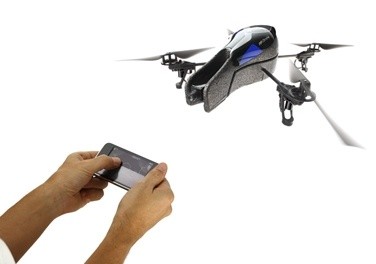 One thing that did draw the crowds was Parrot's AR.Drone quadricopter. It's a toy that is said to allow video games to become reality. It comes with wireless networking support and two cameras - one on the bottom to track speed and one at the front to provide a cockpit view.

You can control the copter from your iPhone or iPod touch at this stage after linking up to it over wireless. Parrot also has launched the toy based on a open platform and has an SDK for registered developers who wish to built games and apps based around it for folks who like this kind of thing, and seeing it in person - I'm sure I could mess around with it for hours without getting bored.

At the time of writing there were no details on price or availability.