All NewsBusiness, Financial & LegalCases, Cooling & PSUContests & GiveawaysCPU, APU & ChipsetsDealsDisplays & ProjectorsGamingMotherboardsScience, Space & RoboticsStorageVideo CardsVirtual & Augmented Reality
All ReviewsAll ArticlesAudio, Sound & SpeakersCases, Cooling & PSUCPUs, Chipsets & SoCsComputer SystemsDisplays & ProjectorsGamingMotherboardsNetworkingPeripheralsRAMStorageVideo Cards
GuidesGamingAsk the ExpertsNewsletterAboutForums
RTX 3090 TiRTX 4090Diablo 2GTA 6Halo InfiniteElon MuskRTX 3080HDMI 2.1
CPU, APU & Chipsets
Looks like the ION2 chipset for Intel's Atom may be delayed. Originally it was supposed to hit the streets before the end of 2009, but now we hear rumors that it will not hit until sometime late in Q1 2010. Why the delay? Well, due to the delayed acceptance of the original ION, OEMs are reluctant to see ION 2 come out as it would cut into sales of the devices they are currently selling. This if true is sort of underhanded but not unexpected. Still I hope this is not the real reason as it would not look good for NV. After all holding back improved products to make a few more dollars on existing ones is sort of anti-consumer now isn't it?

So this means that we wont see ION 2 until after CES just so a OEMs can sell a few more original ION systems. As far as seeing ION 2 at CES, I doubt it unless it is a mock up that says it will have ION 2 inside on the label. On the good side the new ION 2 will be significantly more powerful than te current one as it will pack upwards of twice the shaders in the first ION. Battery life is also being extended as well. 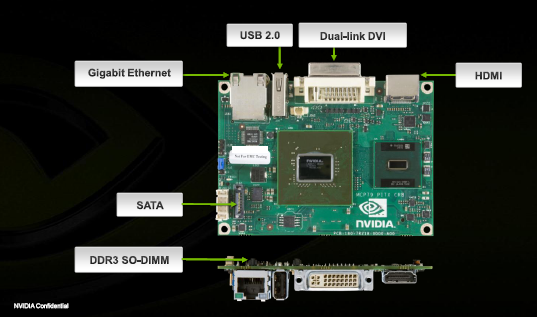