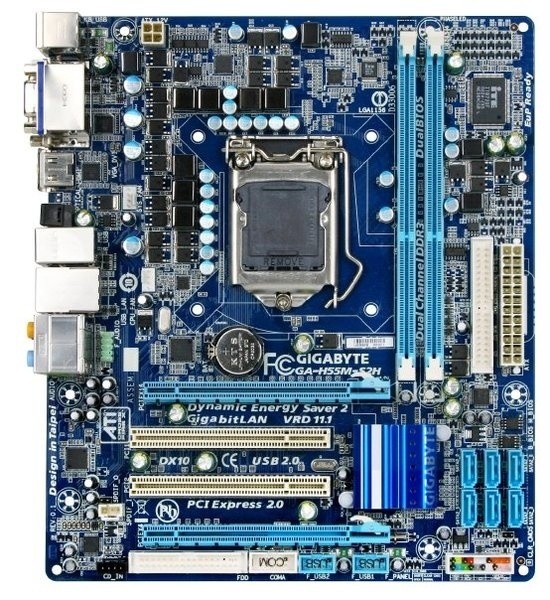 Where the GA-H55M-S2H has only two DDR3 DIMM slots, no eSATA or FireWire and the lack of Ultra Durable 3 (which includes all solid-state capacitors and a 2 oz copper PCB), the GA-H55M-UD2H has four DDR3 slots and makes welcome these other additional features. 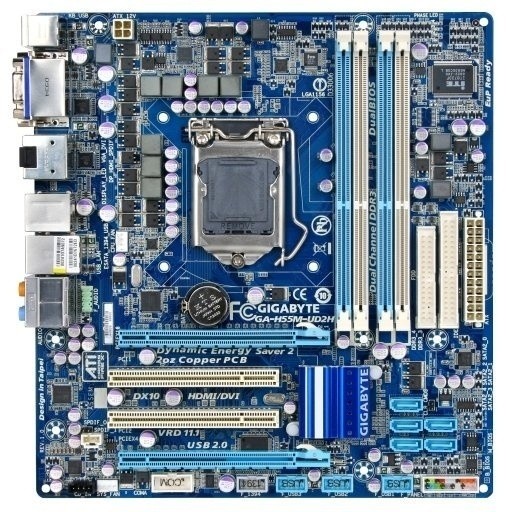 Both of these mATX boards use a 7-phase CPU VRM, have two PCI-E x16 slots (with the lower electrically at x4), two legacy PCI, six SATA 3 Gbps ports (the sixth on the GA-H55M-UD2H is routed to an eSATA port on the rear I/O), and DVI / D-Sub / HDMI connections. 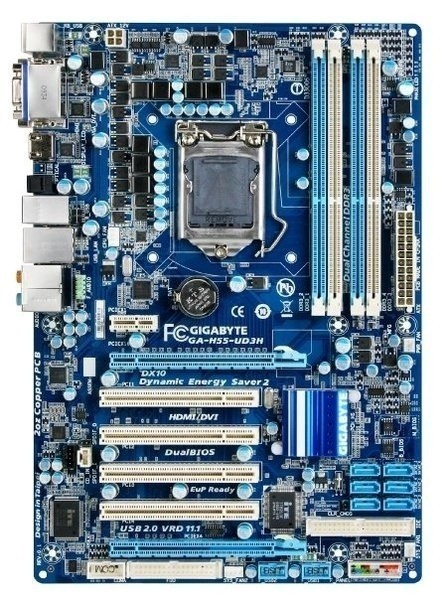 As for the full sized ATX model, the GA-H55-UD3H. Running the same CPU VRM setup as the H55M boards, this board is equipped with equivilent features to the GA-H55M-UD2H, only its larger physical size gives it seven expansion slots; two x PCI-E x16 (x16 / x4), one x PCI-E x1, and four legacy PCI slots. This board does not have eSATA, however, with all six ports internally on the board like the GA-H55M-S2H.
NEWS SOURCE:techpowerup.com
Newsletter Subscription