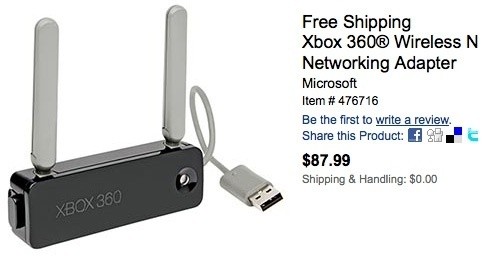 The new model has two antennas for superior signal quality and transfer speeds. Also, the wireless N speeds should give users the ability to wirelessly stream 1080p content from the upgraded Zune movies collection without a hitch.

Costco has said the adapter is scheduled for shipment as of November 10.
NEWS SOURCE:engadget.com
Newsletter Subscription