All NewsBusiness, Financial & LegalCases, Cooling & PSUContests & GiveawaysCPU, APU & ChipsetsDealsDisplays & ProjectorsGamingMotherboardsScience, Space & RoboticsStorageVideo CardsVirtual & Augmented Reality
All ReviewsAll ArticlesAudio, Sound & SpeakersCases, Cooling & PSUCPUs, Chipsets & SoCsComputer SystemsDisplays & ProjectorsGamingMotherboardsNetworkingPeripheralsStorageVideo Cards
GuidesGamingAsk the ExpertsNewsletterAboutForums
Halo InfiniteBattlefield 6Elon MuskGTA 6RTX 3080RTX 3070HDMI 2.1Bitcoin Mining
Laptops
Imitation is the sincerest form of flattery they say. Well if that is true then the new Envy from HP is very flattering to Apple. When I first saw the leaked imaged of the new Book from HP I thought it was a mockup with the Apple logo removed.

But that was only with a glance; once I looked it was obvious it was not a Mac. Still, it is close in the front image. After that first impression I started reading a little more about the Envy.

It was then that I realized that this new book is using a name from the Voodoo line without actually being a Voodoo product. This is an interesting development. Right now all of the Boutique PC makers are having a rough time as custom built PCs and system are a luxury commodity that many just simply do not see as necessary. This move could be a way for HP to convey a sense of quality and performance but at a lower price.

The HP Envy should be out in both 13 and 15 Inch flavors but no official specs have been released. I am curious to see what the Envy 13 and 15 do have under the hood so that we will know if HP took more than the name from Voodoo. 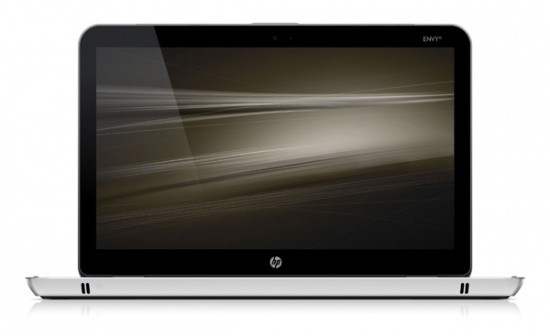