All NewsBusiness, Financial & LegalCases, Cooling & PSUContests & GiveawaysCPU, APU & ChipsetsDealsDisplays & ProjectorsGamingMotherboardsScience, Space & RoboticsStorageVideo CardsVirtual & Augmented Reality
All ReviewsAll ArticlesAudio, Sound & SpeakersCases, Cooling & PSUCPUs, Chipsets & SoCsComputer SystemsDisplays & ProjectorsGamingMotherboardsNetworkingPeripheralsRAMStorageVideo Cards
GuidesGamingAsk the ExpertsNewsletterAboutForums
RTX 3090 TiRTX 4090Diablo 2GTA 6Halo InfiniteElon MuskRTX 3080HDMI 2.1
Storage
Intel seems to be on a roll bumping up product releases, first with the announcement that Clarkdale would be coming this year instead of next and now with reports that their new SSDs are just weeks away instead of the Q4 release that was expected. 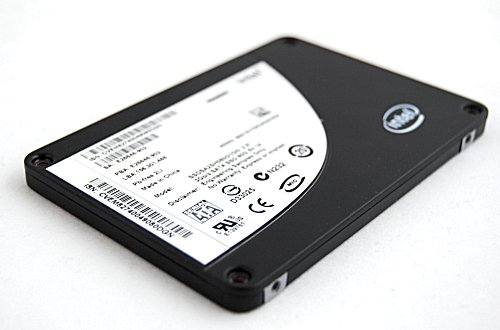 Intel's new drives will be based on their 34nm NAND chips and have already been confirmed to be available in 320GB, 160GB, and 80GB sizes. There is also a hint that drives could be available in other sizes as well.

Intel seems to be rather optimistic about their SSDs for 2010, hoping that the newer, cheaper drives will help attract consumers on top of the SSD optimizations that are built into Windows 7.