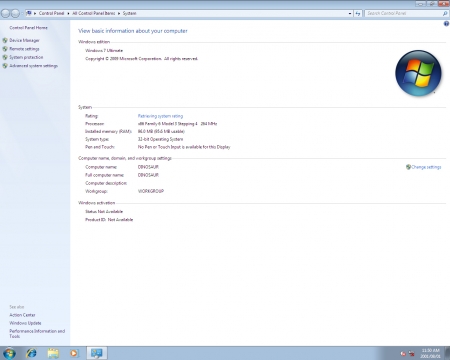 While the official Windows 7 requirements for installation are a 1GHz processor and 1GB of memory, hackerman1 has proven you really can get a way with less. A lot less in fact. His slowest successful test managed to get Windows 7 running on a Pentium II 266MHz proc with only 96MB of RAM and a 4MB GPU.

It seems that the limit came when he tried to go below 96MB of RAM, receiving an "insufficient memory" error when trying only 64MB of RAM. Hackerman1 isn't done yet though. He is going to try going even lower when he has time and will be attempting to get Windows 7 running on a Pentium I 166MHz and 1MB graphics card when he finds a PSU to power the system.