All NewsBusiness, Financial & LegalCases, Cooling & PSUContests & GiveawaysCPU, APU & ChipsetsDealsDisplays & ProjectorsGamingMotherboardsScience, Space & RoboticsStorageVideo CardsVirtual & Augmented Reality
All ReviewsAll ArticlesAudio, Sound & SpeakersCases, Cooling & PSUCPUs, Chipsets & SoCsComputer SystemsDisplays & ProjectorsGamingMotherboardsNetworkingPeripheralsStorageVideo Cards
GuidesGamingAsk the ExpertsNewsletterAboutForums
Halo InfiniteBattlefield 6Elon MuskGTA 6RTX 3080RTX 3070HDMI 2.1Bitcoin Mining
Modern Warfare 2 is generating some substantial interest. This is not surprising as the first Modern Warfare is probably one of the best combat simulation games ever made. The inclusion of the Specter Gunship was pure genius, most people I know that own that game still go back and play that part over and over in arcade mode (I know I do).

So it is no surprise to hear that analysts are saying that Modern Warfare 2 will be the largest game launch of 2009. Activision is putting some serious marketing money behind the game to make it happen.

Some might say that removing the Call of Duty from the title will hurt Modern Warfare 2 but in reality most who follow the game will know what it is. I do not see the new branding hurting the game at all.

As for its competitors, Left 4 Dead 2 and the new Halo, well Left 4 Dead 2 has received criticism from the gamer's community and Halo is a one platform wonder. I think that MW2 with its broad range of platforms, marketing and the sheer fact that Infinity Ward is behind it will do quite well this year. 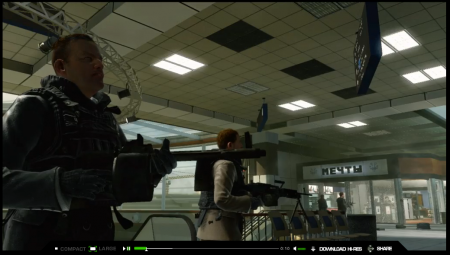 From what our sources are telling us, while the entire promotion campaign is still in the final planning stages, the company plans to start an aggressive kick off for the pre-marketing of the title in August to encourage gamers to pre-order the title in advance. From what we hear, many rewards and incentives will be offered to get gamers to plunk down their deposit for Modern Warfare 2 in advance.

While the first Modern Warfare title sold over 13 million units on the Xbox 360, PlayStation 3, and PC platforms, it does not seem, at least at the moment that it is in the top ten of the titles that gamers are looking forward to this holiday season. Some analysts believe that the title will sell based on the name alone, and while the push that Activision is planning might make some remember the Halo 3 launch, it could be tempting fate to just assume that gamers will flock to buy Modern Warfare 2