After AMD was first to demo this technology nVidia leapt ahead of AMD and has been spearheading the GP-GPU. Huang claims that Apple is an indicator of the future with Apple's new support for OpenCL in Snow Leopard offloading some computing functions to the GPU.

But while this is nothing new what was interesting is the comment by Huang that Tegra (nVidia's ARM based SoC) could become half of the company's business. This comment would seem to indicate that nVidia is moving away from being a graphics company.

nVidia recently scored a rather big win by getting Tegra into the upcoming Zune HD. 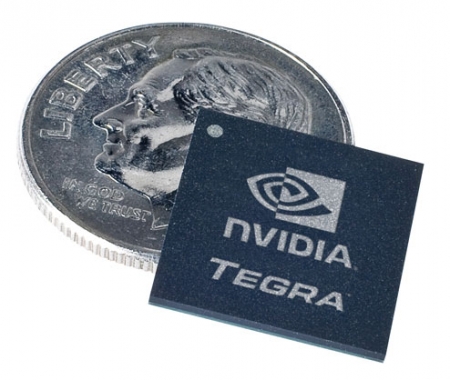 Huang also addressed its Tegra chip, which is an ARM-based design that integrates an Nvidia GeForce processor. Tegra is targeted at smartphones and Netbooks. Responding to a question from an analyst, he said that in a few years Tegra may represent half of its business, with the rest divided up between the professional (Tesla, Quadro) and the consumer GeForce markets.

Huang also repeated his assertion that Intel is using pricing--what he called "subsidies"--and "MDF" (market development funds) to prevent Nvidia from selling more of it Ion processors to customers. He claimed the success of the Ion processor would be two to three times greater without Intel interference.