All NewsBusiness, Financial & LegalCases, Cooling & PSUContests & GiveawaysCPU, APU & ChipsetsDealsDisplays & ProjectorsGamingMotherboardsScience, Space & RoboticsStorageVideo CardsVirtual & Augmented Reality
All ReviewsAll ArticlesAudio, Sound & SpeakersCases, Cooling & PSUCPUs, Chipsets & SoCsComputer SystemsDisplays & ProjectorsGamingMotherboardsNetworkingPeripheralsStorageVideo Cards
GuidesGamingAsk the ExpertsNewsletterAboutForums
Halo InfiniteBattlefield 6Elon MuskGTA 6RTX 3080RTX 3070HDMI 2.1Bitcoin Mining
If anyone reading remembers the Thief Series from Eidos you know what a great title that was. It was a first in terms of how you played and the environment that you were put into. I can remember spending hours creeping through the game heart pounding listening and watching my visibility gem. To say that Thief was an immersive game would be a gross understatement.

Well for all of us that remember Thief there may be good news, it looks like Eidos might be hard at work pounding out the fourth chapter in that amazing series.

Now if only someone would develop the third chapter to SystemShock. 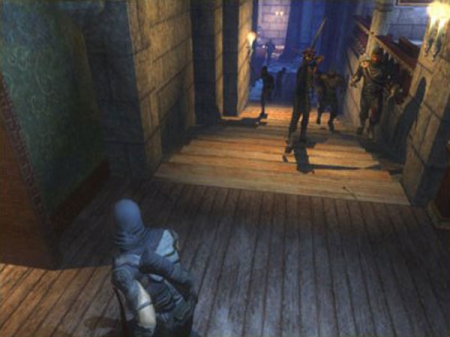 We have been saying for some time that we continue to hear whispers from our sources that another chapter in the Thief saga was in development. It appears that our sources are correct and we expect Eidos Montreal to announce that Thief 4 is officially in development.

While Eidos announced last year that that they were in the process of developing another game from "AAA" franchise it was likely that the title in development was a new Thief title. Thief has been an all time favorite for its innovative game play, and many have wanted to see the title on the next generation consoles for some time.