All NewsBusiness, Financial & LegalCases, Cooling & PSUContests & GiveawaysCPU, APU & ChipsetsDealsDisplays & ProjectorsGamingMotherboardsScience, Space & RoboticsStorageVideo CardsVirtual & Augmented Reality
All ReviewsAll ArticlesAudio, Sound & SpeakersCases, Cooling & PSUCPUs, Chipsets & SoCsComputer SystemsDisplays & ProjectorsGamingMotherboardsNetworkingPeripheralsStorageVideo Cards
GuidesGamingAsk the ExpertsNewsletterAboutForums
Gaming
According to an article at PCGamesHardware it looks like MS is learning to play the game with game developers. DirectX 11 will be easy for devs to port their existing DX10 and 10.1 game engines over to.

A developer at DICE said that the porting of the Frostbite Engine was done in about three hours with very little effort. About the only thing needed was search for and replace relevant code in the engine.

They also noted that CPU load should be decreased
Read more here. 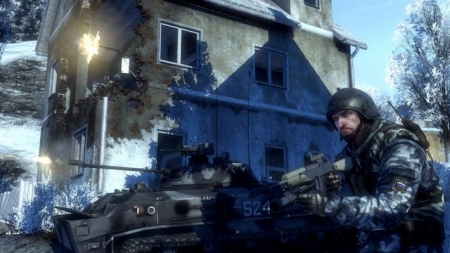 At the beginning of the porting progress the developer had to face a cross platform engine (PC, Xbox 360, PS3) with an exclusive DirectX 10 rendering path that had DX 10.0 and DX 10.1 features. The actual port of the Engine from DirectX 10 to DirectX 11 was done in three hours said Anderson. Searching and replacing the relevant parts inside the code required the most time.

Since currently there is no DirectX 11 hardware or appropriate development software, the Frostbite Engine was equipped with a switch inside the compiler that can be changed to DirectX 10 or DirectX 11. The developers at DICE are certain that the CPU load during API calls can be reduced noticeably with DirectX 11 drivers. Among other things the Frostbite DirectX 11 Engine offers HDR texture compression, Compute Shader and hardware tessellation for characters and terrain.